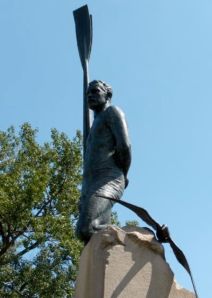 Rowing historian Bill Lanouette, expert on professional rowing, sent me an e-mail with greetings from Toronto, where he is on business. 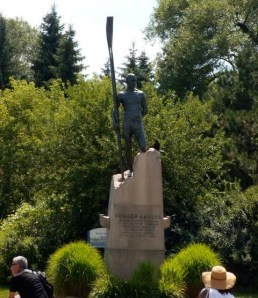 “I couldn’t resist a ferry ride to Hanlan’s Point,” he writes. About Toronto’s great son and the statue erected to honour him, Bill points me in the directions of a web site, which states: “Raised on the Toronto Islands, Ned Hanlan [1855-1908] became a World Champion sculler in 1880. He is one of Canada’s most loved sports heroes of all time. To honour his achievements, the City of Toronto erected a monument to Ned Hanlan carved by famed sculptor Emanuel Hahn in 1926. Formerly on the grounds of the Canadian National Exhibition, this monument has been relocated to the site that bears his family name.” Hanlan’s Point is where Ned’s father had a hotel. Read more here. 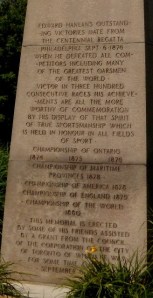 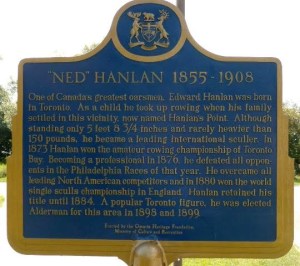