Viewing of “The Boys of ‘36” and Supper at Leander 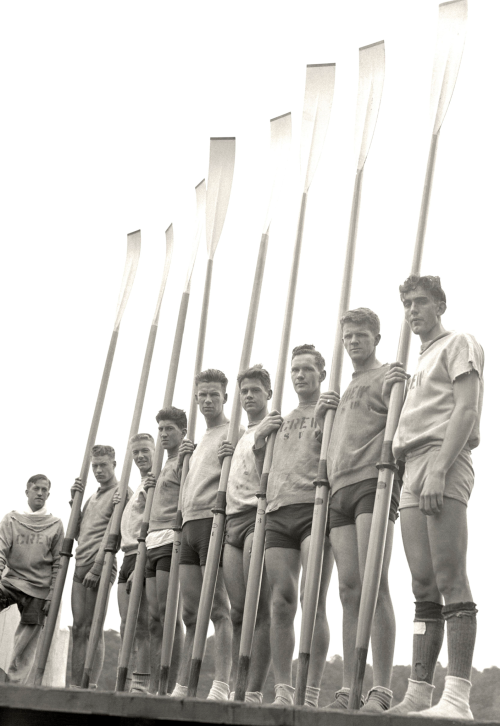 Leander Club in Henley-on-Thames is arranging a viewing of the documentary film The Boys of ’36 on Friday, 2 December 2016. The event starts with a two-course supper at 7 p.m. for 7:30 p.m., which will be followed by the film. Running time for the film is about an hour.

Welcome to enjoy supper and a viewing of the recently produced documentary about the United States crew that won gold at the 1936 Berlin Olympics, The Boys of ‘36.

Many will be familiar with the story of the 1936 eight from Dan Brown’s best-selling book The Boys in the Boat, published in 2013. This is likely to be made into a feature film. In the meantime, a TV documentary has been made about this story. The producers of the documentary write:

In 1936, nine working class boys from the University of Washington took the rowing world and the nation by storm, when their eight-oar crew team captured the gold medal at the Olympics in Berlin. These sons of loggers, shipyard workers and farmers overcame tremendous hardships – psychological, physical, economic – to beat not only the Ivy League teams of the East Coast, but Adolf Hitler’s elite German rowers. The boys’ unexpected victory, and the obstacles they overcame to achieve it, inspired a nation struggling to emerge from the depths of the Depression. The Boys of ‘36 recounts their remarkable journey.

Cost: £15 per person, payable in advance.

To book your ticket, please contact the Leander Club office on 01491 575782 or email events@leander.co.uk

On 24 February 2017, Leander Club will show another rowing documentary, Paris or the Bush. More information will follow.