Here is another one of those films that is not a rowing movie, but has a short rowing sequence – you blink at the wrong moment and you missed it… However, I find it a very entertaining movie. An Englishman Abroad (1983), with a script by the famous British playwright and author Alan Bennett, is based on a true story.

In 1958, the British Shakespeare Memorial Theatre was performing Hamlet in Moscow. In the interval Coral Browne, who played Hamlet’s mother, Queen Gertrude, got an unexpected guest in her dressing room when an English gentleman barged in, quite drunk and threw up in her sink. He didn’t give her his name, but it was soon revealed that he is Guy Burgess, one of the so called ‘Cambridge Five’, the ring of spies who were recruited at Cambridge in the 1930s by the Russians to spy on Great Britain (and the USA). In 1951, Burgess defected to Moscow together with Donald Maclean. In 1963, ‘the third man’, Kim Philby, escaped from Beirut to Moscow.

Back at the hotel, someone slipped a note under Browne’s door. The message said that Burgess would like to have Browne over for lunch, and could she please bring a measuring tape. And so the story rolls on… 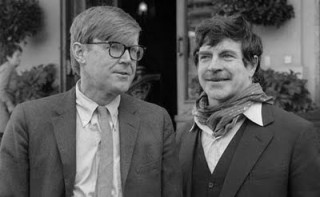 Guy Burgess is played by Alan Bates and Coral Browne plays herself!

You will find a synopsis here (warning spoiler alert!)