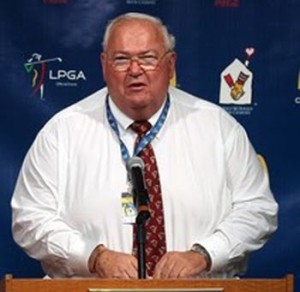 One of American rowing’s most prestigious cups, The Philadelphia Challenge Cup (for the Amateur Single Sculling Championship of the World), which was first given to Jack Kelly Sr., in 1922, after his victory at the 1920 Olympic single scull race, will again by handed out, thanks to philanthropist Herb Lotman (seen on the right), founder and President and CEO of Keystone Foods in Philadelphia. (Yes, that is the company that gave the world McNuggets!)

The Philadelphia Challenge Cup, also known as the Gold Cup, mysteriously disappeared in the beginning of the 1960s. Read more about the mystery here. Later on, the Cup was actually found in an antique store in Philadelphia in July 1996. The owner of the store had obtained it at an estate sale. Schuylkill Navy’s claim to get it back from the store led to nothing.

In an e-mail to me sent earlier today, Mr. John Hogan of The Mariner Insurance Group in Philadelphia confirms that the Cup has been purchased by Herb Lotman. It is not known how much Mr. Lotman paid for the trophy, but in his little cryptic e-mail Mr. Hogan says that it is Mr. Lotman’s intention to “re-institute the challenge race at Dad Vail, and a women’s race, too.”