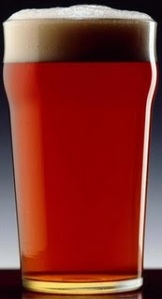 It seems a major sport event in New Zealand last weekend had a problem with spectators consuming too much alcohol. These drunken spectators abused other spectators and threw full and empty beer bottle at others in the crowd. Am I talking about the spectators at the World Rowing Championships on Lake Karapiro? No, of course not! Although, it was written that “Almost 70,000 spectators attended the week of competition [at Lake Karapiro]. They drank copious quantities of beer in the hot sun and they roared and stamped and banged their seats in an effort to cheer the Kiwi crews home.” However, the writer goes on saying “they did not throw missiles, abuse the opposition or brawl in the stands.” Instead, this was something that happened on Saturday 6 November when there were two matches at Eden Park, which is New Zealand’s largest stadium, Papa New Guinea v. England Rugby League, and New Zealand v. Australia Rugby League.

It seems to have been so bad at Eden Park that some sport journalists in the New Zealand media now would like to ban alcohol from all major sport events in the country. Read two articles about this here and here.

Personally, I do not think the problem is that beer and other drinks are available at certain sport events, the hitch is who is drinking the alcoholic drink, a brawl-loving brainless, stupid dimwit or an intelligent devotee of a good sport, like rowing, for example…