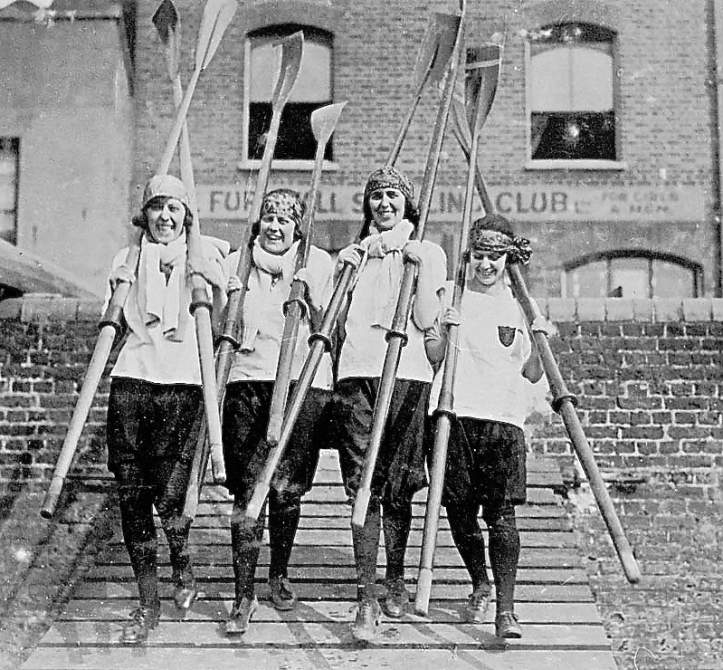 World Rowing, in recognition of women in rowing, will be celebrating the International Women’s Day on 8 March with a photo competition. In a press release the organization writes:

We aim to promote the visibility of women in rowing by showing and acknowledging the teamwork (athletes, coaches, managers, sports organisations, sponsors and other stakeholders including family and fans) that go into the successful building of women’s rowing with the theme ‘we are in this together’ #womeninrowing. World Rowing recognises that our sport is a great example of women and men, girls and boys working together.

World Rowing will feature the photos on our social media channels and website to celebrate your efforts on International Women’s Day.

In the promotion of gender equality in the sport, the Tokyo 2020 Olympic Games will for the first time feature an even number of events for both men and women. Women’s rowing was added to the Olympic Games programme in 1976 and in 1985 the racing distance was increased from 1,000 metres to 2,000 metres. However, women’s rowing was first on the programme at the European Rowing Championships in 1954.

The International Women’s Day is a worldwide event that has been observed since the 1990s. The day celebrates women’s economic, political, social, and of course, sport achievements. This year’s campaign theme is #BeBoldForChange.

We are asking you to #BeBoldForChange by spreading the word of this initiative through your social media channels and other contacts.

Contest details are as follows:

Submit a photo showing “We are in this together” #womeninrowing to one of the World Rowing social networks using (see details below).  Photo credit will be given to the sender unless otherwise stated.

Submission details
Please indicate in your message or post that you are submitting the photo for the photo contest.

Instagram – submit a photo through direct message to @WorldRowingOfficial

Deadline
Photos must be submitted by midnight (CET) 7 March 2017.

Prize
The winners will be announced on International Women’s Day, 8 March 2017. One winner will be selected from each continent. Winners will receive a World Rowing hoodie or sweatshirt and will be contacted via the social media platform through which they submitted the photo.

Terms and Conditions
FISA has unconditional use, in perpetuity, to the photos for all promotional and marketing purposes. The creator may retain the copyright of the photo

To enter the draw you can be from anywhere in the world but you may not be a FISA staff member.

The winner will allow FISA to use his or her name and photo for promotional purposes.

FISA reserves the right to amend the terms and conditions without notice.

The prize will be sent to the address provided by the winner via the social media platform in which the photo was submitted.

The winner must indemnify FISA of any responsibility in the event of accident or injury that may occur during the time of taking the photo.