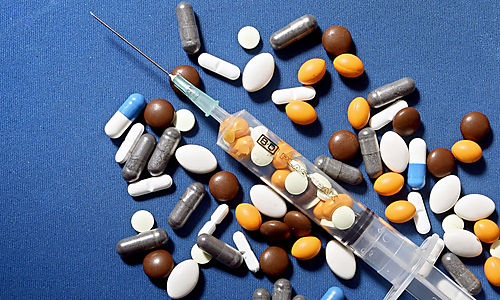 In the wee hours of 1 July, when the rowing world’s eyes were in the direction of Henley Royal Regatta, the World Rowing Federation (FISA) announced that the Russian’s men’s quadruple sculls was to be disqualified due to a doping violation. It was on 17 May, at an out-of-competition test conducted by the Russian Anti-Doping Agency (RUSADA), that the rower Sergej Fedorovtsev, 36, a gold medallist in quadruple sculls at the 2004 Olympics, provided a urine sample that indicated a positive result for the prohibited substance Trimetazidine, which is a substance listed in Section 4 of the banned substance list in the category Hormone and Metabolic Modulators, paragraph 5, metabolic modulators. Fedorovtsev was a member of the Russian men’s quadruple sculls that qualified for the Olympic Games in Rio at the Final Olympic Qualification Regatta on 24 May in Lucerne, Switzerland.

On 16 June, a second analysis of Fedorovtsev’s urine sample also indicated a positive result for Trimetazidine – a treatment for angina (chest pain) which can improve physical efficiency, particularly in endurance sports – and he was suspended provisionally on that date. In a 1 July press release, FISA wrote that on 30 June, ‘the B sample was opened in the presence of the rower and the subsequent analysis confirmed the result of the A sample. Therefore it is considered that an anti-doping rule violation has taken place’. This led to an automatic disqualification.

FISA Executive Committee acted swiftly and decided that the Kiwi men’s quadruple sculls, with Nathan Flannery, Jade Uru, George Bridgewater and John Storey, who placed third in the Final Olympic Qualification Regatta in Lucerne in May was given the Olympic qualification quota spot. A crew from Canada placed second after the Russian crew at the regatta and is thereby also qualified.

Covering the regatta at Henley for Row2k, rowing journalist Rachel Quarrell wrote in a commentary about the Russian’s crew’s disqualification: ‘Loads of tests from the recent events are still being processed and will be until the eve of the Olympic regatta’.

Simon Peterson, CEO of Rowing New Zealand, remarked: ‘We have appreciated the emotional ups and downs as the athletes first missed qualification only to be asked to remain in competition mode. We are hugely disappointed that our athletes found themselves competing against cheats however very pleased that today they have achieved their goal of winning a spot at the Olympic Games in Rio.’

With the men’s quad given the spot, New Zealand has eleven of a possible 14 boats qualified for the Games in Rio.

In commentaries from Moscow, Veniamin But, president of the Russian Rowing Federation (RRF), said that the Russian oarsman’s positive doping test was not an intentional act made by Fedorovtsev, but an accident. The RRF president did not leave any explanation how the banned substance has entered Fedorovtsev’s system. While But saw no sense in trying to reinstate Fedorovtsev for the Rio Games, he saw no reason why the three other Russian rowers in the men’s quadruple sculls, Nikita Morgachev, Artem Kosov and Vladislav Ryabcev, could not be sent to Rio ‘to strengthen other Russian crews’ at the Games.

However, RRF President But told the Russian news agency Tass that lawyers of the Russian Olympic Committee had started to prepare the documents for an appeal to the Court of Arbitration for Sport (CAS) over the ban inflicted on the Russian men’s quad.

On 21 July, CAS, at the Lausanne-based court, will deliver a verdict on Russia’s suspension by the International Association of Athletics Federations. Several Russian track and field athletes have been banned from Rio after evidence was found of systematic doping in Russia.

At the time of writing this, no date for the hearing of the Russian men’s quad has been set, but it must be this month as the Rio Olympic Games start on 5 August, the same date the Olympic rowing begins.

In the meantime, due to RRF’s pending appeal, the Kiwi men’s quad will now have to wait to hear if they are able to row or not at the Games. It must be a frustrating situation for the New Zealand oarsmen.

Is there anyone at this point who does not believe that several of the Russian athletes, including some unidentified rowers, are using banned substances which are provided by miracle sports ‘doctors’ hired by the state? It is time for FISA to step-up the anti-doping controls at all regattas held in their name – at the Olympic rowing regatta there should not be any room for cheats!