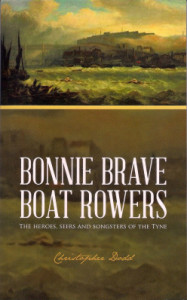 Chris Dodd reports that on Monday, 26 October, a Harry Clasper documentary was shown on BBC1 Inside Out (NE and Cumbria region). The documentary is based largely on the play Hadaway Harry and Dodd’s book Bonnie Brave Boat Rowers (though, it fails to mention the book).

The documentary is now available on BBC iPlayer for the next 30 days. Take a look here.

Unfortunately, it is only available for those of you in the U.K. The rest of us abroad just have to imagine how good it is. At least HTBS can show you an image of the cover of Bonnie Brave Boat Rowers.