The renowned Oxford coach Daniel Topolski was remembered in London on 29 June at St Martin-in-the-Fields. Chris Dodd was there: 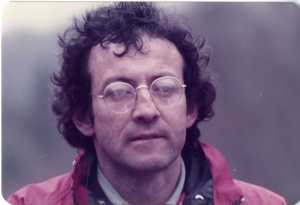 I am writing this in the press box on the first day of Henley 2015. It’s a balmy, sunny, steaming hot day, a day on which the Stewards announced at 11.30 that gentlemen in the Enclosure may remove their jackets (but not their ties or badges). For years and years, Daniel Topolski – also known as Dan, Toppo and Topolofski – was a frequent visitor to the box, either as a press man with his head close to a keyboard to file to the Evening Standard or the Observer, or as a Steward directing river traffic between the finish line and the boat tents in his calm, polite but firm voice. Language quite different from the Topolski sometimes heard while coaching crews on his beloved Tideway.

Two days ago, several hundred of us gathered at St Martin-in-the-Fields church in Trafalgar Square to celebrate the life of Dan that expired on 21 February. Far from solemn, the occasion shone rays of light into a life that, although obsessive to the finest point of obsession about rowing (especially if it was coloured Dark Blue), had several other facets. Handel, a keen water man himself, began the proceedings with Zadok the Priest. The vicar of St Martin’s, Revd Dr Wells, beautifully summarized Dan as someone who achieved things that he thought beyond him and inspired others to surprise themselves. And the vicar got away with saying ‘Dan has finally rowed his boat ashore.’

Chris Drury, who shared international medals with Dan, and Hugh Matheson, who was part of his Oxford coaching team, tackled the obsession. Drury read Steve Fairbairn’s “Oarsman’s Song”, the one that goes:

The willowy sway of the hands away
And the water boiling aft,
The elastic spring and the steely fling
That drives the flying craft…

And Matheson quoted from Dan’s own book, Boat Race – The Oxford Revival, on his struggle with justification:

It is hard to justify the wanton dissipation of countless hours spent pulling an oar on the Thames. I have continually fought against being tied exclusively to the sport, against complete identification with it, against the narrow horizons such an obsession would necessarily bring. I always dreaded the label ‘rower’.

I was ashamed to admit… that I spent four hours a day training. Was I being an intellectual snob pretending to align myself with those who peer loftily down their noses at the sweating toiling athlete? Or was I just a little embarrassed by the amount of time that had to be spent doing it.

By the time I left Oxford and was rowing internationally, I was also becoming known as the Oxford coach, so any further subterfuge was hopeless.

Dan’s other passion at New College, where he was awarded the last fourth class degree offered by Oxford University, was partying. It soon became apparent that his schizophrenic life of grunt and sweat in a boat and dancing the night away left room for other passions. The ballet dancer and Strictly judge Darcey Bussell remembered the live wire whom she was lucky to have as a god father. Joan Bakewell (once known in the sexist ‘60s as the ‘Thinking Man’s Crumpet’), reminisced about Daniel’s never-ending stream of ideas for Late Night Lineup, the BBC’s magazine programme on which they both worked, and which sent Dan on stories to weird and wonderful places.

A running theme through all this was a man with magnetic good looks and a warm, leftish, engaging personality to go with it. Virtually the only thing that bridled him was a Light Blue crew.

Olga Polizzi spoke about the work Dan and his sister Tessa did to raise £3M to restore and save their artist father Feliks’s chronicle of the 20th century and convert what was once his studio in a Waterloo railway arch into a gallery and art centre – with an excellent bar attached to which the company repaired from St Martin’s.

In addition to rowing, travel writing and restoring his father’s studio, Dan basked with his wife Suzy in a wonderful family. His daughter Tamsin sang Days by the Kinks, his daughter Emma sang Stop This Train by John Mayer, and his son Luke read Robert Frost’s The Road Not Taken which reflected Dan’s approach to life to a T. All three of his children were joined by cousins and friends to sing, unaccompanied, the spiritual Down in the River to Pray by Alison Krauss.

It was left to this year’s president, Constantine Louloudis, to conclude with an elegant portrayal of the spirit of Dan in Oxford University Boat Club. When he took OUBC by the scruff of the neck in the 1970s in the face of Cambridge dominance, he made a huge difference to the fortunes and the lore of the club. In doing so he moved and shook the Boat Race itself, and generations to come will likely bow to him as the generations who knew him.

Now it is the afternoon of the first day of Henley 2015. It’s hot, breezy, and full of crews racing along on Bucks and Berks. I can sense Dan’s spirit about the boat tents. Not for him the umpire’s launch. He preferred to be with the comings and goings, where the whole world passes by in the course of five days.