For over six months, HTBS has been dropping hints about a lavish book on rowing blazers that was in production. Even before some examples showing the quality of the photography and text crept out, the project already had great credibility as the person behind it, Jack Carlson, is a man steeped in rowing. This was not going to be something thrown together by a publisher out for a quick profit using stock pictures and hack text culled from the internet. I wrote about Jack very recently in my pieces on the Oxford Summer Eights (where he coached the crew that went Head of the River) and HTBS’s Greg Denieffe interviewed him last year and wrote this:

Jack Carlson has certainly had an annus mirabilis in 2013. A winner at this year’s Henley Royal Regatta and Canadian Henley Regatta, he was instrumental in bringing together a ‘Super 8’ made up of some of the world’s fastest women scullers to compete at last week’s Head of the Charles Regatta racing as Cambridge Boat Club in the Women’s Championship Eights, they started behind the USA national crew and rowed a remarkably well passed race to snatch victory by 1.2 seconds.

Previously he coxed at Buckingham Browne and Nichols School, was Captain of Rowing at Georgetown and was the co-creator of the iErg. In his spare time he is writing a PhD thesis at Oriel College, Oxford.

Clearly, Jack is someone who gets things done and done well. It was with great excitement therefore that I received the above invitation, my chance to see the book before its official publication date. I can tell you now that I was not disappointed. A full review will follow, it would be wrong to rush something when so much time (four years) and care had obviously been put into producing Rowing Blazers. The official website tells the story of how the book came about, shows some of the wonderful images and allows pre-ordering of copies. For now, here are some pictures of the London launch party. There are other launch events planned for Henley in July and New York and Boston in September-October.

Not the first dummy to wear a rowing blazer. 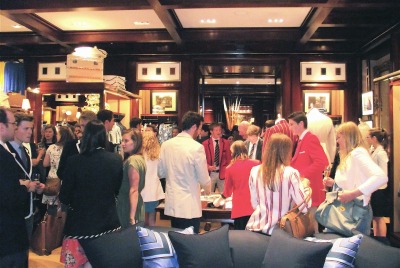 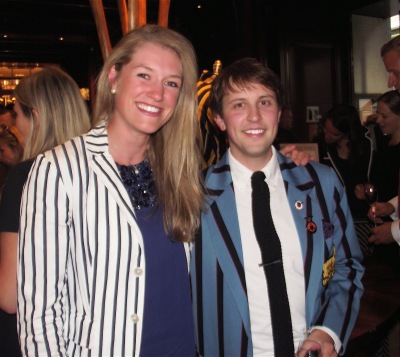 Jack and a fan. 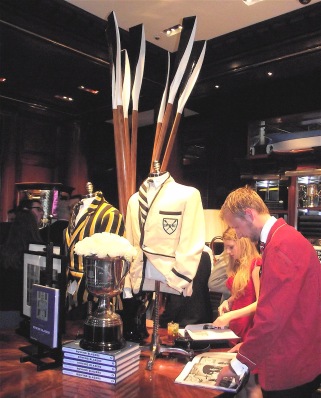 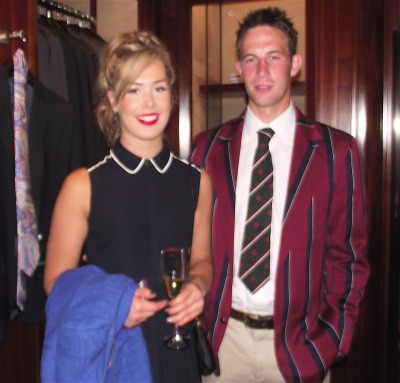 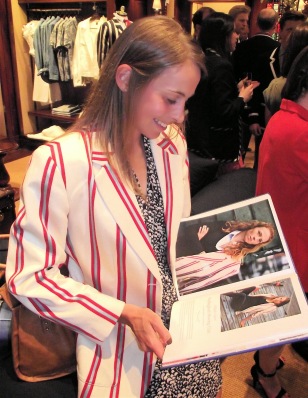 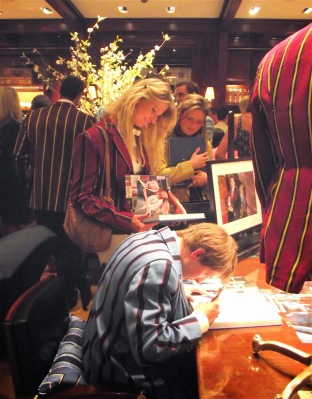 This could be one of those books where an unsigned copy is worth more than a signed one.

The Ralph Lauren event was covered by many others, most not usually present at rowing events, including the ‘society magazine’, Tatler, The Times, and other blogs including boymeetsfashion, andrewcusack and preposity. Air kisses to you all, darlings.