Nominations for the 2014 Thomas Keller Medal 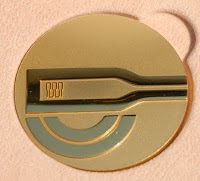 The World Rowing Federation, FISA, would like to hear from the general public on who they would like to pick for the prestigious Thomas Keller Medal for 2014, the organisation writes on their website.

The Thomas Keller Medal is the highest distinction in the sport of rowing. It is awarded to recognise an exceptional international rowing career as well as exemplary sportsmanship and legendary aspect.

The award was named after the late President of FISA, Thomas Keller. Born in 1924, Keller was elected President of FISA in 1958 as a 34-year-old and was then the youngest-ever president of an international sports federation.

Following the 1988 Olympic Games, Keller spontaneously awarded the FISA Medal of Honour to single scullers Peter-Michael Kolbe (Germany) and Pertti Karppinen (Finland) to commemorate one of the greatest rivalries in the history of the sport, thereby recognising their exceptional talent and sportsmanship. This shaped the idea of the Thomas Keller Medal, which was initiated by the Keller family following Keller’s passing in 1989. The medal was first awarded to the great Norwegian rower Alf Hansen in 1990.

Each year the winner is carefully selected by the Thomas Keller Medal committee which includes Keller’s son, Dominik, and it follows a broad international nomination process including public nominations. The aim is to ensure that the true values in which Keller so strongly believed are represented.

To be awarded the Thomas Keller Medal the following five factors are taken into consideration:

1. Success at the international level
2. ‘Type’ of career
3. Technical mastery of the sport
4. Sportsmanship
5. ‘Legendary’ aspect

The award will be presented on Saturday, 12 July 2014 at the World Rowing Cup in Lucerne, Switzerland. Please click here to submit your nomination for the 2014 Thomas Keller Medal to FISA by midnight CET on Friday, 21 February 2014.