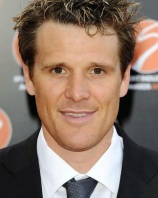 In May, there is going to be an election for the European Parliament in Great Britain. One of England’s famous rowers, the Olympic champion James Cracknell, is standing as a Conservative MEP (Member of the European Parliament) for South West England & Gibraltar. On 3 January Cracknell wrote in the Daily Telegraph why he wants to save ‘The Rock’. Read his article from the Mediterranean RC in Gibraltar, here.