Champions Rowing in Australia for their State of Origin 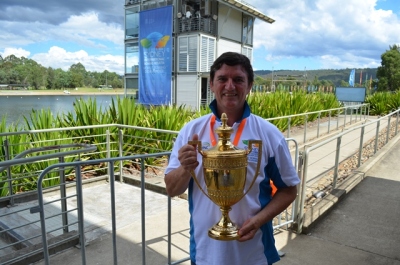 Whilst rowing in the UK has been affected by some severe weather conditions, rowing in Sydney, Australia, has had temperatures around 30°C (86°F).

The past seven days has seen a feast of rowing events and records made at the National Championships, the Interstate Regatta, Schoolboy and Schoolgirl Championships and the Samsung World Cup.

A great summary on these events can be found on this website.

Probably of more interest to HTBS followers will be the trophies presented to winning crews for the various Interstate events. These are simply races between crews made up of rowers from the seven of the states and territory of Australia.

Some pictures of the various Interstate trophies:

Women’s Single Scull – The Nell Slatter Trophy
The Queensland Women’s Rowing Association donated the perpetual trophy in 1963 for as a tribute to the then Queensland President Nell Slatter. 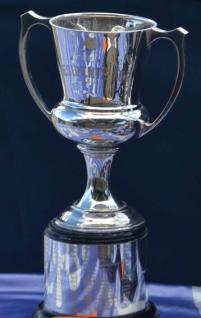 Women’s Youth Four/Eight – The Bicentennial Cup
Presented by the New South Wales Rowing Association in 1988 for winning Coxed Four crews and changed to being presented to winning Eights in 1994. 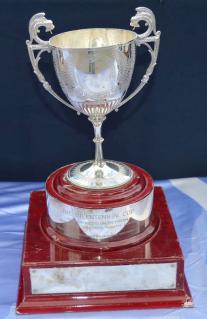 Women’s Eight – The Queen Elizabeth II Trophy, formerly known as the ULVA Trophy
The United Licensed Victuallers Association (ULVA) of Queensland presented this unique trophy in 1921 for the winning Women’s Four. It changed to being presented to the winning Eights in 1999 and its name became the Queen Elizabeth II Trophy, or simply the Queen’s Cup. Its nickname is Bertha and is my favourite trophy of all.

Men’s Eight – The King’s Gold Cup
In 1878, the first race between Eights from Victoria and New South Wales took place. From 1921, crews raced for the King’s Gold Cup. This cup was won by the Australian Imperial Expeditionary Force eight at the Royal Henley Peace Regatta at Henley-on-Thames in July 1919. The trophy was a substitution for the Grand Challenge Cup race for that year which was not raced due to the war. 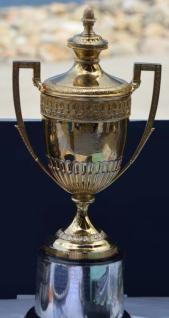 My good friend Barry Moynahan led a working group to commemorate the King’s Cup. It was installed at the SIRC course at Penrith and unveiled at a moving ceremony on Sunday, 17 February during the 2013 New South Wales Rowing Championships.