Olympic Rowing? No, thank you! 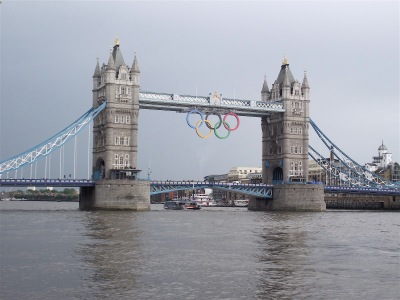 In a very recently published press release, the International Rowing Federation, FISA, declared the London 2012 Olympic Games Rowing Regatta “a resounding success following the eight days of racing at the Eton Dorney regatta course.” The message continued: “Packed grandstands and enthusiastic cheering became the norm for each day of the regatta with crowds spread along most of the 2,000m course. The official Olympic customer satisfaction survey of all Olympic sites consistently rated Eton Dorney as the top venue peaking at a 97 per cent approval rating.”

Denis Oswald, president of FISA, hailed the regatta as a very successful Olympic Regatta and said: “Rowing is very popular in Great Britain and we knew that the interest would be strong, and it was. The regatta went smoothly for athletes, organisers and supporters.”

Everywhere you read about the regatta at Eton Dorney the story is the same: “The best regatta ever”. If you are British you are probably still in a euphoric state because of all the medals your rowing countrymen and -women brought home. It makes me happy to read that everyone seems to agree that it was a smashing hit.

Of course, it makes it a little harder to understand that one hundred years ago, despite the British oarsmens’ triumphs at the 1908 and 1912 Olympic Regattas, the British rowing’s governing body at that time, ARA, decided that Olympic rowing was not anything that the British rowers should occupy themselves with. Even before the Stockholm Games had started, in the spring of 1912, ARA sent a letter to the German Olympic organisers (the 1916 Olympic Games were supposed to have been held in Berlin had not the War intervened) that ARA “could not at this early date bind themselves to send crews to compete at the next or any future Olympiad”. But why, you might ask yourself? The answer came to the British Olympic Association (BOA) after the War when it was time again to send crews to the Olympic Games, now in Antwerp. BOA then took the opportunity to also send an invitation to ARA’s rival organization NARA to send crews. Now ARA took the chance to speak more plainly:

“[…] that organized international athletic competitions to take place at regular specific periods, and the expenditure of time and money which such competitions must necessarily entail, are entirely contrary to the true spirit of amateur sport”.

There it is in black and white! No true amateur sportsman would like to compete against other athletes who are getting paid to compete. The British view on this was very strict. If someone paid your trip to go to the Olympics, then you were paid and were therefore not an amateur. For the 1916 Berlin Games, BOA had suggested that a public fund was to be set up to try to raise £100,000. The idea got some support, among the supporters was Sir Arthur Conan Doyle and the editor of The Field, Theodore A. Cook, who was the only oarsman to support the suggestion, probably because he was a member of the International Olympic Committee. Among the doubtful oarsmen were Guy Nickalls and Rudie Lehmann (on the left). It might seem odd that both these famous oarsmen were against the Games, after all, Nickalls took an Olympic gold in the eights in 1908, and Lehmann was known to have very liberal ideas. Although, ARA sent crews to the next Olympic rowing regattas, the organization did not really believe in the Games. In 1925, ARA told the Canadian Association of American Oarsmen that “it had never been in sympathy with the Olympic Games or Olympic Regattas.

This story about the many British oarsmen’s disbelief in the Olympic Games is vividly told in Eric Halladay’s Rowing in England: A Social History – The Amateur Debate (1990). Halladay’s book is brilliant and hard to find; and if you do find it, it is going to cost you a hefty sum. On the other hand, if you are interested in reading it, you will find it as a ‘Google book’ here.

In the research library of Mystic Seaport in Mystic, Connecticut, is a letter written by Halladay (down on the left) in December 1990 to the American rowing historian Tom Mendenhall (up on the right). The American had probably written the Englishman a letter about Rudie Lehmann because Halladay writes

“You may be interested to know that I thought at one time of writing a life of Lehmann. It seemed to me that he needed to be remembered as more than a large footnote in the history of rowing. I got to know his son, John Lehmann, quite well. He was a minor literary figure and publisher, on the fringes of the Bloomsbury group and at one time thought to be the ‘fifth’ man forming the Cambridge spy-ring – Burgess, McLean etc. But there were no papers of any importance and so I had to drop the matter.”

Personally, I think it is really a shame that Halladay did not pursue this mission. Just think what a grand book it could have been. But, instead, we can read Halladay’s book about the amateur question among the oarsmen at a time when they did not want to have anything to do with the Olympics.