Rowing – The Preppiest Of Sports? 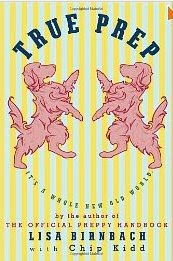 One of this year’s sponsors of the Head of the Charles is the American clothing company Brooks Brothers who held a cocktail party in one of their stores in Boston the other day to celebrate the re-publishing of the Official Preppy Handbook from 1980, now as True Prep. It seems rowing now is the preppiest of sports, which Brooks Brothers shows in an ad, which you can view below. This inevitably brings to mind the Gant Rowing Race which was held in Stockholm in May between two of Sweden’s best known private schools. In this case the Gant clothing company sponsored the event and dressed up the crews which can be seen in the ‘race video’, which, of course, was more like an ad for the company. With one major difference, the youths rowing in the Gant race video are actually the real rowers, not hired models.

Here is the Brooks Brothers video:

And here is the Gant video: