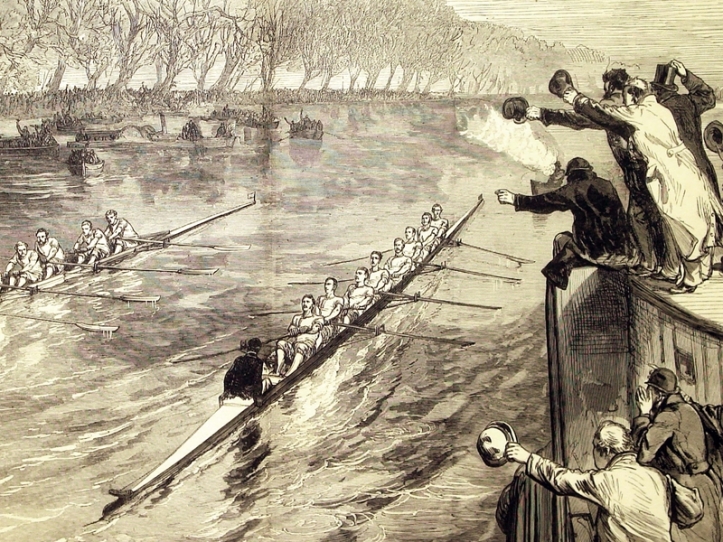 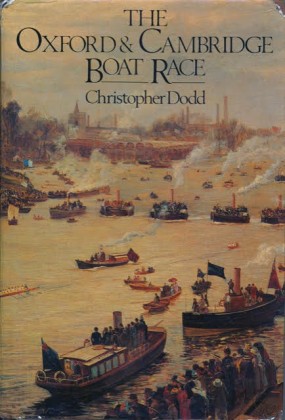 Chris Dodd has found an old quiz, which HTBS re-runs here for the upcoming Boat Races on the Thames on Saturday 23 March. Send in your answers to HTBS on 21 March at the latest. We will draw one winner from those who have managed to answer all the questions correctly – see below. Chris writes:

In 1983, two of my books were published: The Oxford and Cambridge Boat Race (Stanley Paul) and Boating (OUP). For each I compiled a quiz for unashamed publicity, and recently I came across the questions again. Here are ten questions on the story of the Blues from 1829. All the answers can be found in the aforementioned book, if you are lucky enough to possess one. Remember, though, that they all refer to people or incidents prior to 1983!

1
Who, arriving in Oxford in a toque a-twinkle with fine diamonds, caused eight young men to have their hearts transfixed by Eros’s darts?

2
Who, with taper waist and fair complexion, was fated to get a Blue; at any rate, to be quite famous?

3
Which President was described as ‘the personification of matter over mind’?

4
Which Prime Minister incited the mob to break up the town on Boat Race night?

5
Which Prime Minister said: ‘I don’t believe there’s a single spot on the Thames where I couldn’t tell you, in calm weather, the power of the current and the depth of the water.’

6
Which Blues became Prime Ministers, and of which countries?

7
Which don found muse on the Isis that became a best-selling children’s classic?

8
Which river was found to contain:

10
Who was the Blue Cardinal?

We will draw one winner from those who have managed to answer all the questions correctly. The winner gets a signed copy of HTBS editor Göran R Buckhorn’s book A Yank at Cambridge – G. H. Howell: The Forgotten Champion. The winner will be announced on 23 March on HTBS. The regular contributors and their family members are ineligible to enter.