Time again for the Fuller’s Head 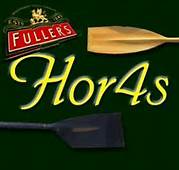 The 62nd Fuller’s Head of the River Fours (HOR4s), which takes place over the famous 4 ¼ mile championship course from Mortlake to Putney, returns to the River Thames in West London on Saturday, 12 November, at 1:15 p.m.

More than 1,800 athletes in more than 450 boats from across the UK and Europe will compete in quads, coxed and coxless fours.

This year’s Fullers Head of the River Fours sees no fewer than 17 Rio Olympians take on the championship course, including four gold medallists.

In the men’s coxless 4’s event, Leander again lead off with a boat full of Rio Olympians including three members of GB’s gold medal winning Olympic eight, Will Satch, Matt Gotrel and Tom Ransley. The fourth member of the crew is Stewart Innes, who narrowly missed out on a medal in the coxless pairs in Rio.

The Fuller’s Head of the River Fours, has always provided a great opportunity to see up-and-coming talent in the sport, as well as all the experienced international athletes who are competing against many of the rowers from UK’s top clubs, schools and universities. They are all hoping to win one of the 22 pennants on offer and a place at the HOR4s prize giving in the Fuller’s brewery in Chiswick.

It normally take crews between 17 and 30 minutes to go down the course depending on weather, fitness and skill. The organisers and competitors will be keeping their fingers crossed for good weather, to avoid a repeat of the 2009 cancellation due to poor conditions.

Spectating along the whole course is free, the racing will last a couple of hours and there are plenty of good viewing points from which to watch the action. Stalls selling refreshments and rowing related goods will be located outside many of the local Tideway clubs, especially along Putney Embankment and near Hammersmith Bridge.

Fuller’s Brewery has now been associated with this event for 35 years.

More details about the history of the race, a full start order and full crew lists, which are updated on a regular basis, are available on the event website: www.hor4s.com