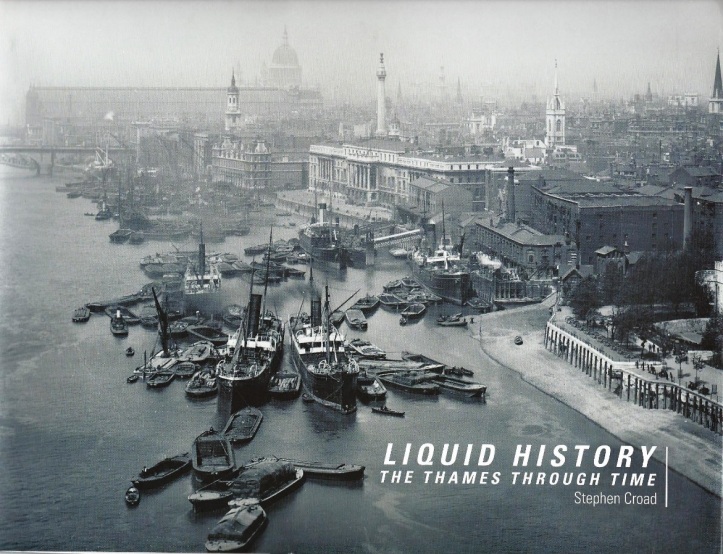 Clive Radley, author of The Radleys of the Lea, writes:

I purchased Liquid History: The Thames Through Time by Stephen Croad at the Mall Galleries in London in 2015. This beautiful book of 19th and 20th century Thames photographs is published by Batsford (imprint of Pavilion Book Group), and the publisher has kindly given permission for images in the book to be reproduced in this article.

Many photographers and artists are attracted to portraying river scenes and fortunately for those of us with an interest in the history of boatbuilding and hire, Croad’s book contains many such scenes including a building with Harry Clasper’s name on it, the famous northeast of England pioneering boat builder.

The book begins with Platt’s Eyot or Platt’s Ait, which is an island on the River Thames at Hampton, in the London Borough of Richmond upon Thames, on the reach between Molesey Lock and Sunbury Lock. The name of the island is derived from Platt of Molesey, who used it for growing withers.

In the article “Platt’s Eyot” on the Wikipedia website one can read:

… that boat building began on the island in 1868, when Thomas Tagg, who had been running a business since 1841 on Tagg’s Island, about 1 km (0.62 mi) downstream, expanded by building a boatyard and house on the eastern end of Platt’s Eyot. Around 1904 John Isaac Thorneycroft set up the Hampton Launch Works on the island, an offshoot of the Chiswick boatyard that he had established in the 1860s. During the Second World War, the boatyard was used to construct motor torpedo boats, motor launches and landing craft. Thorneycroft’s closed its boatbuilding operation on Platt’s Eyot when it was taken over by Vospers in the mid-1960s.

In the picture above, I was surprised to see Harry Clasper’s name in Fore Street, Lambeth. Clasper, who was born in 1812 and died in 1870, was a Tyneside professional rower and boat builder. He was an innovative boat designer who developed the racing shell and the use of outriggers. On Clasper, Wikipedia writes: ‘With a variety of crewmembers, [Clasper] won the Champion Fours at the Thames Regatta more than six times. His crewmembers included his eldest son, John Hawks Clasper and Robert Chambers, later to be World Sculling Champion. His last victory was in 1859, when he was 47 years old’.

Clasper, who measured only 5 ft 8 in (1.73 m) tall and weighed only 130 lbs, was a champion sculler on the Tyne and in Scotland, but was he was never successful as a sculler on the Thames. In 1867, when he was 55, he competed in his last sculling race, on the Tyne.

Health and safety had not been thought of then. I watched the Boat Race this year, 2016, at Hammersmith Bridge and the crowds were much smaller.

There is a boatbuilding business at Richmond, owned and run by master-builder Mark Edwards, who built the Gloriana, the Queens Royal Barge. 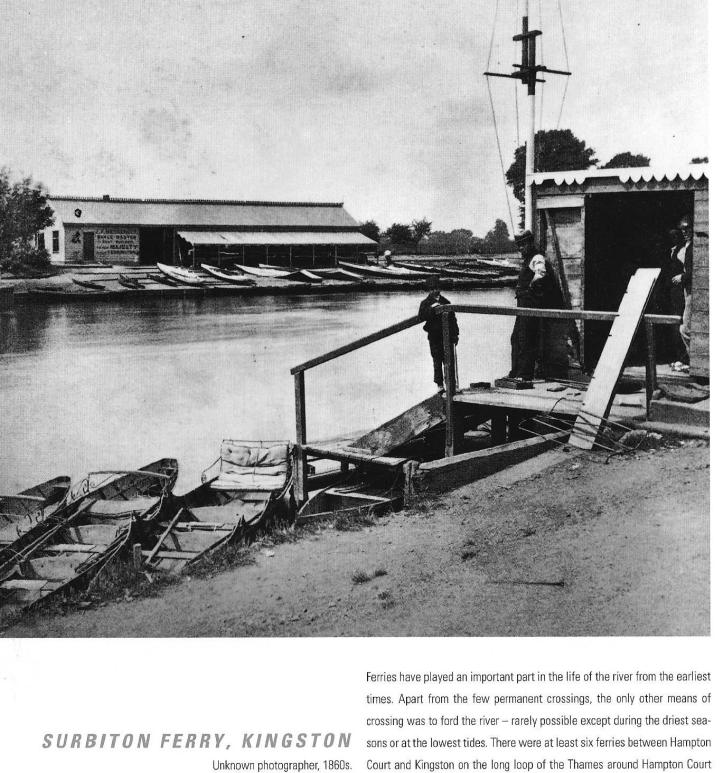 In Liquid History: The Thames Through Time, Stephen Croad writes:

The Great Eastern was an iron sailing steam ship designed by Isambard Kingdom Brunel, and built by J. Scott Russell & Co. at Millwall on the River Thames, London. She was by far the largest ship ever built at the time of her 1858 launch, and had the capacity to carry 4,000 passengers from England to Australia without refuelling. Her length of 692 feet (211 m) was only surpassed in 1899 by the 705-foot (215 m) 17,274-gross-ton RMS Oceanic, and her gross tonnage of 18,915 was only surpassed in 1901 by the 701-foot (214 m) 21,035-gross-ton RMS Celtic. With five funnels (later reduced to four), she was one of a very few vessels to ever sport that number, sharing her number of five with the Russian cruiser Askold – though several warships, including HMS Viking, and several French cruisers of the pre-dreadnought era had six.

Brunel knew her affectionately as the ‘Great Babe’. He died in 1859 shortly after her ill-fated maiden voyage, during which she was damaged by an explosion. After repairs, she plied for several years as a passenger liner between Britain and North America before being converted to a cable-laying ship and laying the first lasting transatlantic telegraph cable in 1866. Finishing her life as a floating music hall and advertising hoarding (for the famous department store Lewis’s) in Liverpool, she was broken up in 1889.

Liquid History: The Thames Through Time has recently been reissued. It contains many fascinating pictures and for those with an interest in 19th and early 20th century riverside scenes, it is really well worth a read.