(Legislative) Bodies Between Their Knees*: The 2016 Parliamentary Boat Race

I am not sure what the collective noun for a group of politicians is. Some cynical suggestions include ‘an equivocation’, ‘an odium’ and ‘a lie’. Whatever the correct term, in Britain, All-Party Parliamentary Groups (APPGs) are informal cross-party associations that are composed of members of both the Upper and Lower Houses, the Lords and the Commons, who join together to pursue a particular topic or interest and who may involve individuals and organisations from outside Parliament in their administration and activities. The list of APPGs ranges from Afghanistan to Zoroastrianism via Jazz Appreciation and Thrombosis. 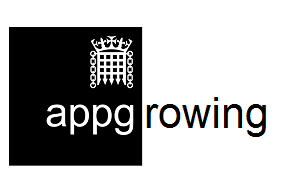 The All-Party Parliamentary Group on Rowing (APPGR) was recently re-established with Mark Ramsdale of MR Sport as the Honorary Secretary. The Group, comprising Members of both Houses of Parliament and non-Parliamentary Associate Members, has the aim ‘to support the sport of rowing both within Parliament and outside’ and it meets regularly when Parliament is sitting. It aims to encourage more people to get into rowing and to promote the sport to Parliament and the Government. Any individual, club, or other organisation, commercial or otherwise, may join the Group as an Associate Member. With the support of the International Sports Promotion Society, the APPGR holds an annual Lords v Commons rowing event, The Parliamentary Boat Race (PBR), to raise funds for charity.

This year, the tenth race in the series was held on 14 September over a 500-metre course between Lambeth and Westminster Bridges, finishing outside The Houses of Parliament. As well as the event between the Members of the House of Commons (MPs) and Members of the House of Lords (Peers) there was also a race between two teams from London Youth Rowing (using the same cutters as the Parliamentarians) plus contests between two invited men’s eights (this year, London and Molesey) and two invited women’s eights (this year, Thames and Molesey).

The House of Commons crew, in green, not in seating order:

The House of Lords crew, in red, not in seating order:

Their Lordships were perhaps hampered by the 1999 Act of Parliament which virtually abolished the right of hereditary peers to sit in the Lords. Many of those aristocrats who were victims of this End of the Peer Show would have attended the rowing academy known as Eton in the days when the school gave brawn precedent over brain and Noël Coward could write the lyrics, ‘We know how Caesar conquered Gaul and how to whack a cricket ball. Apart from this, our education lacks co-ordination’.

The day before the PBR, the APPGR and British Rowing took part in the Parliamentary Sports Fair in the Palace of Westminster and provided an opportunity for MPs and Peers to find out more about grassroots rowing. The event was organised by the Sport and Recreation Alliance, as part of their #GetYourKitOn campaign to encourage Members of Parliament to support community sport and recreation.

As Colin Moynihan, Baron Moynihan won a Silver Medal coxing the British men’s eight at the 1980 Moscow Olympics. During the race, the rudder cables broke and he had to reach behind him to grasp the rudder bar. He did this so well, that most of the crew did not realise what had happened. He is a ‘double Blue’, having coxed Oxford to victory in the 1977 Boat Race and boxed against Cambridge as a bantamweight. I asked him why he had not coxed his fellow Peers (tautology?) in the PBR and he gave the slightly unconvincing answer that he was now overweight for coxing.

A video of the race made by the BBC’s Daily Politics show is on the APPGR Twitter account. https://twitter.com/ParliamentRow

*Bodies Between Their Knees