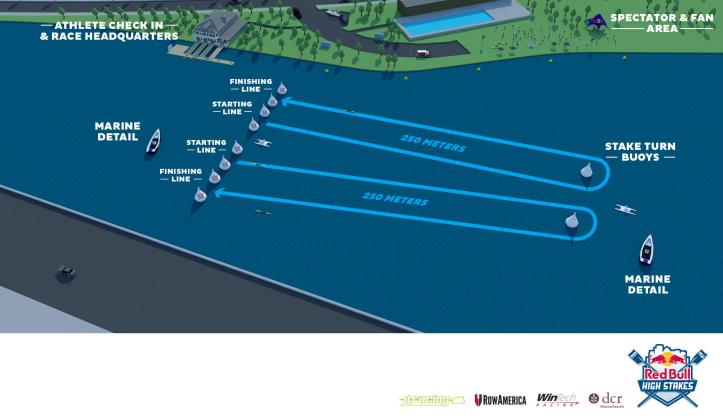 As readers might remember from last year’s report of this different rowing regatta, the races are conducted on a 2 x 250-metre course as a relay race where a stake buoy has to be rounded. Each team has 15 rowers and one cox – eight female and eight male rowers/cox – racing in a single, a double, a quad and an eight. Two teams start head to head, with the eight, round the stake buoy and back to the start line, where the team’s next boat, the quad, will take off, then follows the double and then the single scull. The four fastest teams will advance to two semi-finals. The two teams with the slowest times in the semi will meet each other in the petite final, while the two teams with the fastest times will meet in the final.

Of the 14 starting, Team Craftsbury beat Team Volks in the final, while Team Shimano beat Team Henderson in the petite final.

You will find all the results, here.

Photographs from the event, here (from Row2k.com).