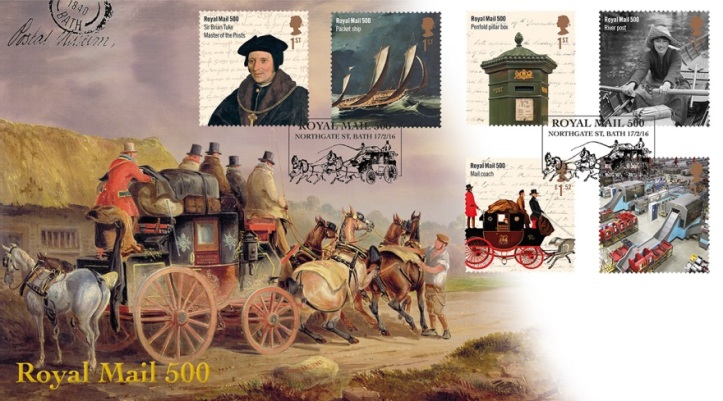 A new set of postage stamps was issued by Royal Mail yesterday, 17 February, to celebrate 500 years of Royal Mail history. There are six stamps in total and the issue is called the Royal Mail 500 Stamp Set.

One of the stamps will be of interest to rowing historians as it features a photograph of an unknown river post woman. I found the image used by Royal Mail in the collection of the Imperial War Museum.

George Henry Evans worked as a river postman in the Pool of London. He delivered mail to the ships moored there for thirty years. Evans was part of a family dynasty of river postmen dating back to 1810 and lasting five generations. He handed the role over to his son, Herbert Lionel, who remained on this duty until it ended in 1952.

Tim Koch has found an interesting little film on YouTube called The River Postman from 1933, showing “Mr. Evans” rowing his mail on the Thames:

Doris Beaumont (born c.1900) was a river post girl on the Thames during the First World War. Born in Staines-upon-Thames, she delivered letters to the houseboats along a seven mile stretch of river at Staines. By 1919 it was said that she had rowed 2,500 miles. Her unusual job brought her publicity around the world.

There is no picture of Beaumont on the Royal Mail website but luckily I found one of her that accompanied an article in the Sausalito News [California] on 14 September 1918. The article River Postgirl on the Thames wouldn’t win any plaudits from supporters of the This Girl Can campaign.