A Farce on his Face 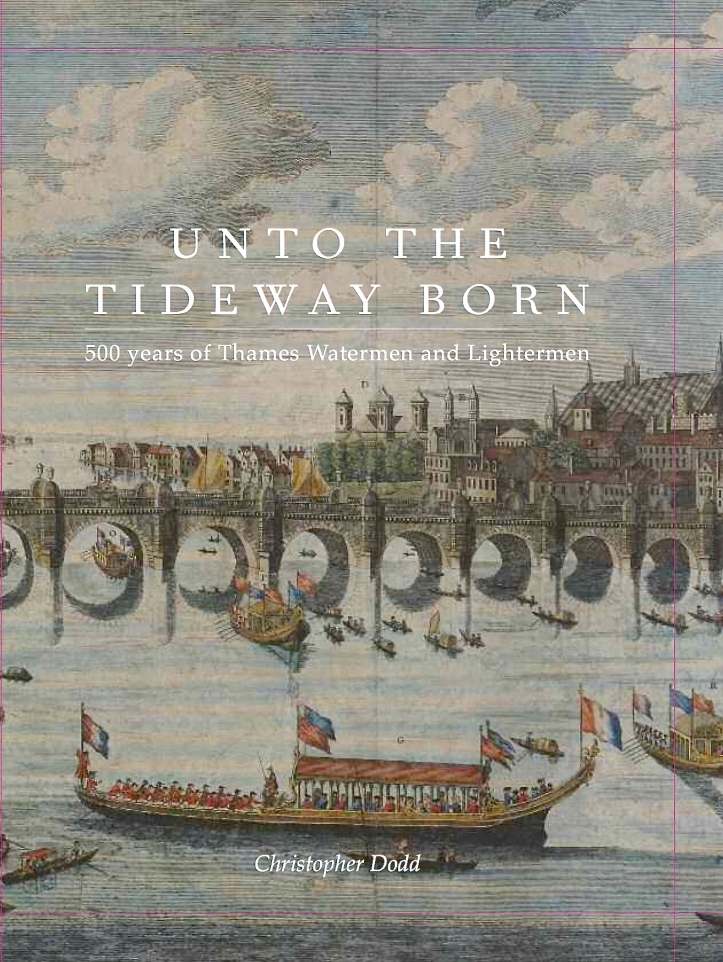 Rowing writer Christopher Dodd, who is the rowing historian at the River and Rowing Museum in Henley-on-Thames, has just published a new book, Unto the Tideway Born. The book covers 500 years of the activities of watermen (who move people) and lightermen (who move cargo) on the River Thames. It also covers 300 years of the Doggett’s Coat and Badge race for watermen among centuries of boat racing and regattas on London’s tidal. The book is available from www.watermenshall.org (or click on the following link to get to an order form: Unto the Tideway Born – Order Form – to get information on shipping coasts outside the UK, please contact Colin Middlemiss at clerk – at – watermenshall – dot – org). This extract tells the story about Thomas Doggett, who founded the Doggett’s Coat and Badge race.

Thomas Doggett was by no means the best known actor of his day, but he benefited from a good press. It is said that in his early life he had to ‘fight a passage through the rough shambles of life as best he could’, an experience no doubt shared by many watermen. He was equal to the fray, and his biographer Theodore Cook afforded him common sense, sturdiness, independence and honourable rectitude in his private life, while describing him as painstaking, industrious, trustworthy and admired by contemporaries such as Steele and Addison in his public life.

Cook supposes that Doggett was born in Dublin about 1650, came to England to seek his fortune, married Mary Owen at Eltham, Kent, when aged about thirty and spent about ten years with travelling companies of actors before returning to London towards the end of the 1680s. Anthony Ashton described him as ‘a lively, spract man, of very good sense, but illiterate,’ the last of which Cook takes issue with. On another occasion Ashton says Doggett is a lively little man, modest, cheerful and complaisant. ‘He sang in company very agreeably and in public very comically. He danced the Cheshire Round full well as Captain George. I travelled with him in his strolling company and found him a man of very good sense… he dressed neat and something fine, in plain cloth coat and brocaded waistcoat.’

This somewhat contrasts with a description given in the Company’s history when he was older, but this passage surely describes Doggett the actor, made up for one of the parts that he made his own:

‘He wore an enormous wig with long lappets of hair hanging over his shoulders, which enveloped his head, and on top of it was stuck a small cocked hat, which it would have been a great effort of balancing to retain in its place without the aid of pins; his coat very broad in the tails, reaches below his knees, his waistcoat with flap pockets of large size extend half way down his thighs, his small clothes are tight and buckled at the knees, where they are met by coloured stockings, which rise out of square toed, red heeled, silver buckled shoes; under his left arm he carries a clouded or amber coloured cane, while his right hand is continually titillating his olfactory nerve with snuff from out of a box set with precious stones, while the indispensable rapier hangs at his side.’

Cook has Doggett prefacing his move to Drury Lane with performances at Bartholomew’s Fair, where talent was tested to breaking point. The fair had booths for rope dancing and tumbling, stalls baking pies and roasting pigs, and an abundance of mountebanks, pedlars and pickpockets. In 1691 Doggett appeared there in a tragic-comedy, The Royal Voyage or the Irish Expedition, about the defeat of James II and Tyrconnel at the battle of the Boyne, the outcome of which would have found Doggett’s approval. In 1702 Doggett’s booth at Hosier Lane End had a new production described as a ‘droll’. In 1691 the comedian is at Drury Lane playing Nincompoop in Love for Money and Solon in Marriage-Hater Matched, both by D’Urfey. Friendship with the up-and-coming playwright William Congreve takes Doggett to high critical acclaim. ‘If an alderman appears upon the stage, you may be sure it is in order to be cuckolded,’ wrote Addison in the Spectator in 1712. ‘An husband that is a little grave or elderly, generally meets with the same fate.  Knights and baronets, country squires, and justices of the quorum, come up to town for no other purpose. I have seen poor Doggett cuckolded in all these circumstances.’

In the 1690s there was a boom in theatre going brought about by Peter the Great’s domicile in Deptford to study naval architecture. The Russian tsar became a frequent visitor to plays and pubs. During this time Doggett appeared in plays by Cibber, Lord Landsdowne, Vanbrugh, Dilke, Buckingham Shadwell and Ben Jonson. In 1696 he played Young Hob in the only play he wrote himself, The Country Wake, a comedy at New Theatre in Little Lincoln’s Inn Fields. In this the waterman gets a mention:

Writing’s the fatal Rock on which has split
Many a stout and well-built Man of Wit,
And yet there’s not a sculler but shall dare
To venture his week rotten Cockboat there.

Whether the parts maketh the actor or the comedian maketh the parts, Doggett trod the boards on and off until 1717 when he retired except to perform occasional renderings of his favourite characters – Ben, Fondlewife and Hob. He attracted wide critical acclaim. Steele wrote: ‘The craft of a usurer, the absurdity of a rich fool, the awkward roughness of a fellow of half courage, the ungraceful mirth of a creature of half wit, might be for ever put out of countenance by proper parts for Doggett.’ Downes wrote: ‘Very spectabound, wearing a farce on his face… ’ Cibber wrote: ‘The most original of all his contemporaries. His manner was his own… he could be extremely ridiculous without stepping into the least impropriety.’ Another: ‘The most diligent, most laborious, most useful actor seen upon the stage in a long course of years.’

There was a pugnacious side to Thomas Doggett as well, perhaps rarely shown in company, but apparent when the great Whig fell out with his former partners Cibber and Wilks over Barton Booth and Tory involvement at the theatre in Drury Lane. Visits to Button’s coffee house when Cibber was present were marked by ‘indignant snorts and bellicose demeanour of the wronged Irishman in presence of his oppressor’, according to Cook. This grumbling argument was sorted when Cibber wrote an anonymous premature obituary notice of his erstwhile friend which led to an ice-breaking session at the coffee house. Suffice it to say that the great benefactor of the coat and badge was a man of principle who not only understood the umbilical cord that theatricals shared with watermen, but stood tenaciously for the rights of his fellow actors.

Pacing the streets had its dangers for Doggett and his fellow citizens, dangers that added to the attraction of travelling by water. Once when venturing forth to witness the race for his own coat and badge, he was making his way through the Friars when, ‘intending to take water at Temple Stairs… one of those rake helly fellows that so beset the town, stopped me, and cocking his hat, with arms akimbo, cried Whig or Tory? He did not care a Queen Anne’s farthing for my politics, but made it the pretext for a quarrel; I wipped out my hanger in a trice, set my back to the wall, and cried “Hurrah for the King George and long life to him”, and yet I had like to have fared scurvily, had I not bethought me, that my own name for the nonce would stand me even in better stead than the king’s – so when being surrounded by a host of tatterdemalions, and pronounced a rat that must bleed, I said be it so my masters, and though you fail in the recognition, know that I am Doggett, whereat the varlets laughed; true I escaped with a whole skin, but at the expense of a guinea this is the gist on’t – so now to dinner and afterwards to the White Swan, there to drink a cool tankard and shake hands with the winner.’

Doggett died in 1721 and was buried in the churchyard of St John the Baptist in Eltham. The Worshipful Company of Fishmongers to whom his trustees eventually transferred the running of the race, put up a wooden plaque at the church in 1964, briefly mentioning his achievement but concluding: ‘He died a pauper’. But his will makes generous bequests to relatives and others, including £30 a year to his female servant and elaborate provisions for the future of his Coat and Badge: £5 for the silver badge, 18 shillings for the scarlet cloth and £1.1s for the tailoring, and 30 shillings to the clerk of the Watermen’s Hall, to whom the organisation was entrusted. There is a churchwardens’ note that 13 shillings and fourpence had been duly paid for digging his grave. Not such a pauper, then.

An epitaph appeared on a Lambeth window pane on August 1, 1736:

Tom Dogget, the greatest sly drole in his parts
In acting was certain a Master of Arts;
A monument left – no herald is fuller
His praise is sung yearly by many a sculler;
Ten thousand years hence, if this world lasts so long,
Tom Dogget will still be the theme of their song;
When old Noll, with great Lewis, and Baubon are forgot,
And when numberless Kings in oblivion shall rot.