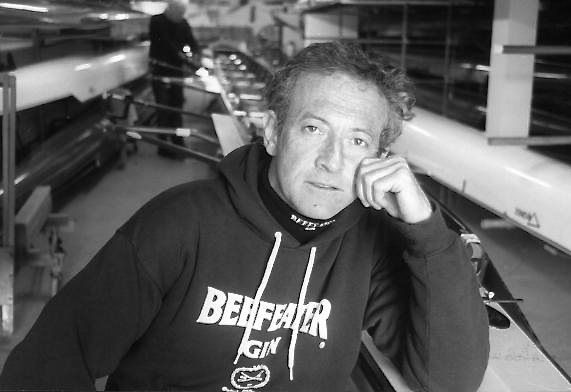 There have been many tributes made to Dan Topolski following his death on 21 February. In particular, there has been one in a BBC radio programme and one on the blog of the articulate and informed oarsman and journalist, Marin Cross.

‘Last Word’ is a BBC Radio 4 obituary series, ‘analysing and celebrating the life stories of people who have recently died’. Dan was included in the episode that was first broadcast on 27 February. It will be repeated on Sunday, 1 March at 20.30 GMT and is also available anytime on iPlayer, the BBC’s ‘on demand’ service.  The programme interviewed rowing historian, journalist and HTBS contributor Chris Dodd and also Patrick Robinson, Dan’s friend and co-author of True Blue, Topolski’s version of what happened in the 1987 ‘Oxford Boat Race Mutiny’.

It is a nice six minute tribute and it included Dan’s perhaps most famous quote:

One of my biggest pleasures is taking off for a couple of hours (rowing) in the afternoon. The only thing that gives me more pleasure than that is spending the afternoon making love.

He was a bit of an authority on both.

However, I do have one criticism: ’Last Word’ intercuts the programme with dialogue from the film True Blue. This may make entertaining radio for a non-specialist audience but I found it rather excruciating (as I did the entire movie).

A simpler but perhaps (for the purest) more effective memory of Dan is on Martin Cross’s ‘The Blogging Oarsman’.

As usual, Martin gives an unscripted but unhesitating piece to camera, something only possible by someone both well informed on, and very passionate about, their subject.