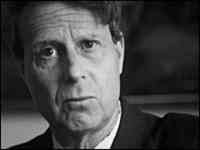 In March 2011, HTBS received an e-mail from an oarsman, Fred, in Florida. For a long time, he had been looking for a short story that he once heard on the radio about an older fellow sculling on the Charles in Boston, who suddenly finds himself sculling against a much younger sculler ‘with an attitude’. On 21 March, 2011, I posted Fred’s question on HTBS to see if there was anyone out there who knew the author of the story, or its title, as I had no idea. I received no replies, and not even the otherwise clever rowing historians that I know were able to help. To be honest I was feeling sad that I was not able to help Fred as the story seemed to have a special meaning to him.

Then, the other day I literally stumbled over the story, “Palais de Justice” by Mark Helprin (up on the right). It is in his collection of short stories called Ellis Island and other Stories, published in 2005. I immediately fired off an e-mail to Fred to tell him of my discovery. A couple of days later I got a nice e-mail from Fred, starting, ‘Göran, oh, for heaven’s sake!! ….’ And a day later Fred wrote, ‘I downloaded the story, and it is better than I remembered.’

You are able to download this short story and listen to it here (cost $2.99).

Here at HTBS we never give up!