Tipping The Scales For The Boat Race 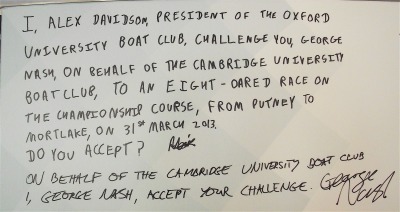 The traditional challenge from the President of the previous year’s losing boat club to his counterpart in the winning club. Joined up writing seems optional.

Tradition was broken at the weigh-in and crew announcement for the 2013 Oxford-Cambridge Boat Race held in London on 4 March. As the Women’s Race moves to parity with the men, starting with equal funding and culminating in the move of the Heavyweight Women’s Race to Boat Race Day proper on the Tideway in 2015, the girls joined the boys for the mildly humiliating ritual of parading around in Lycra in some unlikely non-rowing context – the City offices of sponsors BNY Mellon in this case. I hesitate to speculate about how even obviously physically fit and highly toned women felt about being weighed in public but they did look a little nervous as they filed in to meet the waiting press. 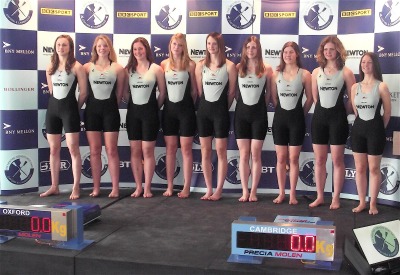 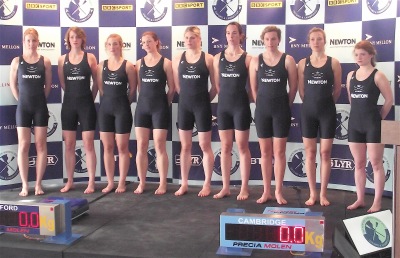 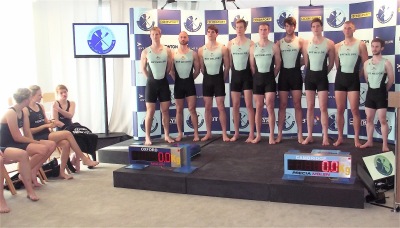 The Cambridge Men, 2013. To their right, the Oxford women look unimpressed. 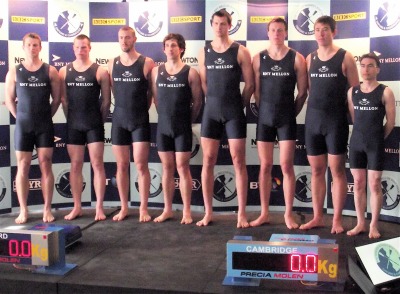 The Oxford Men, 2013. No. 7, Constantine Louloudis, was not present for the weigh-in due to academic demands. 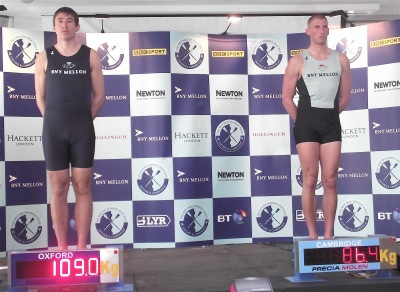 Oxford stroke Malcolm Howard is a double Olympic medallist and the oldest (29) and heaviest (109 kg) man in the Race. His opposite number, Niles Garratt, stroked last year’s wining crew. 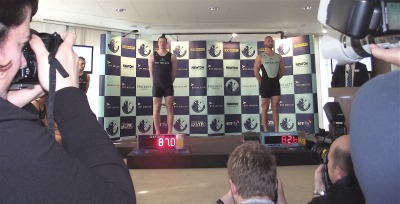 The men in the ‘2’ seats, Geordie Macloud for Oxford and Milan Bruncvik for Cambridge. Bruncvik, a veteran of the last two Olympics, is the first Czech to take part in the Race. 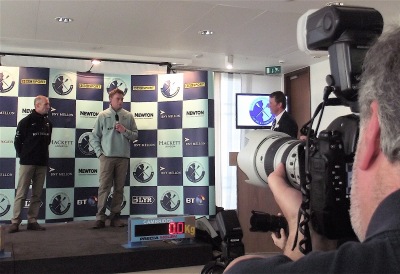 Guess the University. Guess the sex.

At the weigh-in I had the pleasure of meeting Peter McConnell for the first time. He has the enviable job (for some of us) of Boat Race Archivist. He also writes the excellent race reports that appear on the Boat Race website. His involvement in rowing, however, goes much deeper that that. Peter runs a marketing and PR consultancy and is a former marketing manager for Henley’s River and Rowing Museum. Further, he is heavily involved with Regatta Radio, a ‘pop up’ radio station for Henley Royal Regatta which provides commentaries and interviews from the Friday qualifiers to the Sunday finals. Peter also promotes the spiritual home of rowing – he is Henley Town Council’s ‘Town Centre Manager’ with the task of ‘encouraging business cooperation and coordinating communications’. His blog, The Henley Traveller is subtitled ‘Despatches from the market town of Henley on Thames; Food & Travel, Sport, Arts & Culture’. He ‘Tweets’ as @oarsmanpete.

Peter’s personal rowing history is particularly interesting as he started rowing at the age of 14 at Great Marlow School. Another new boy in the tiny boat club at a school with no rowing tradition was a big lad called Steven Redgrave. Redgrave has often credited the rowing master, Francis Smith, as the person responsible for getting him into rowing. Peter is still an active rower – unlike Steve (some people have no staying power). 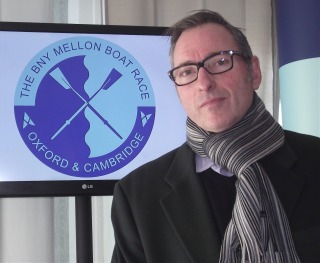 The 159th Boat Race is on Easter Sunday, 31 March. Cambridge lead the series with 81 victories to Oxford’s 76, with one dead heat in 1877. The Men’s Heavyweight Race (OUBC and CUBC) is at 16.30 GMT with the Men’s Heavyweight Reserves (Isis and Goldie) going off about half an hour before. The other boat races between the two universities with be at Henley on 24 March:

HTBS hopes to be there! 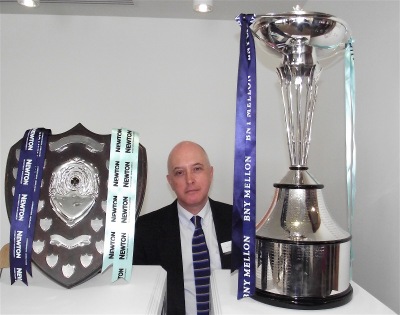 The Women’s Prize (left) and the Men’s Prize (right). Tim (centre) is not a prize.