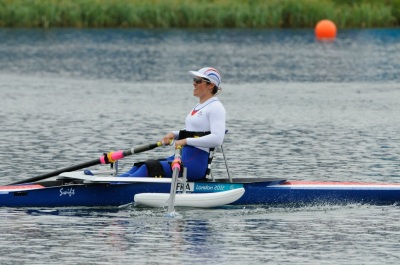 Nathalie Benoit was born in 1980 in Aix-en-Provence in South France and is a teacher at CNED (French National Distance Learning Centre) in Marseilles. She started rowing in 2008 at the Cercle de l’Aviron de Marseilles. Two months after she won her silver medal at the London Paralympics, she gives her impressions on the event and shares with HTBS readers what is her new goal. Nathalie has multiple sclerosis and is a para-rowing World Champion of the arms and shoulders single sculls category.

Why did you choose to practice rowing?
I chose this sport for the beauty of the movement, the physical side and also because it’s an outdoor sport which involves gliding on the water. 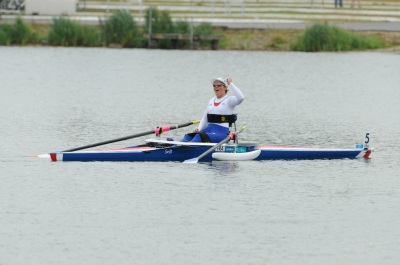 When did you decide to take part in the London event?
I started thinking about it after my world title in 2010, in Karapiro, New Zealand.

What qualities are needed to make a good performance?
Perseverance is the first quality. You need to train a lot, of course, but that will make the difference.

What led you to success in London?
For months, I had done the race in my head. It helped me to get the medal. On the final day, this was exactly as I had imagined it. The crowd’s enthusiasm and the presence of my family and close relations helped me a lot, too.

What about Eton Dorney?
Aeolus must love this lake. It’s very windy. That was the case the week previous to the competition. The day before the first race, the lake was closed in the afternoon because you could not row. The day after, the wind stopped blowing and we got good conditions during the three days of competition. 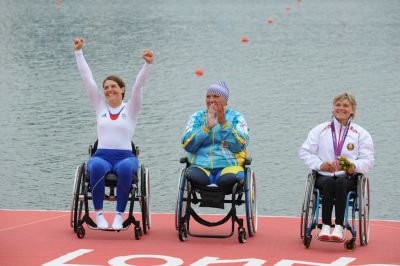 What do the silver medal and the reception at the Elysée Palace [the residence of the French president] evoke?
The medal is the outcome of a four-year training period. It’s a beautiful reward for the work that has been done. The reception is the recognition by the State. This year, Olympic and Paralympic champions were invited at the same time and this is a strong signal which might change the way people look on disability.

What are the four dates that have marked your rowing career?
They are my four podiums. I have felt very different emotions at every single event. In 2009, that was my first title as vice World champion (in Poznan, Poland), it was a discovery. Moreover, it was the first world medal for para-rowing. In 2010 (Karapiro, New Zealand), it was an intense emotion to hear the national anthem and see the French flag raised above the others. In 2011 (Bled, Slovenia), I felt the joy of being qualified for the London Games, but also the deception of being on the brink of beating the Ukrainian Alla Lysenko, who is unbeaten to this day [Lysenko finished about 10 seconds ahead of Nathalie with a time of 5:29.99, the fastest time in Paralympic Games]. Finally, in 2012, it was an indescribable joy together with a feeling of relief.

What is your next goal?
My next goal is not to row fast, but to row for a long time. I would like to row from Paris to Marseilles. For the time being, we evaluate the feasibility of this project.

You will find more information on Nathalie’s blog.