The British Four leads Australia and the Unites States at 1,750 metres.

It is said that you should never post anything on the Internet when you are angry or drunk. As I write this, having just returned from the final day of the Olympic Regatta at Dorney Lake, I am very far from angry but I am drunk – not from alcohol but from the success of British Rowing. Readers not from these islands will have to forgive the parochial nature of this report but the last four days of rowing finals have been rather exciting for England, Northern Ireland, Scotland and Wales. Where to start?

All of the 47 strong GB Squad reached the finals. British rowers and scullers have won four golds, two silvers and three bronzes – a new record for a modern Olympic regatta. View the 2012 rowing medal table here (but also the 1908 medal table here).

Until this week British female rowers have never won gold at any Olympics  – now they have changed this record by winning not one, not two but three events. The double scull of Watkins and Grainger and the pair of Glover and Stanning were ‘expected’ to win but the lightweight double of Hosking and Copeland was more of a surprise (especially to them, I think).

The great ‘needle match’ between the old rivals Australia and the British men’s heavy weight four resulted in the fourth win in four Olympics for the Brits. It was also coach Jürgen Gröbler’s ninth gold in nine Games, three for East Germany and six for Britain, a remarkable record. 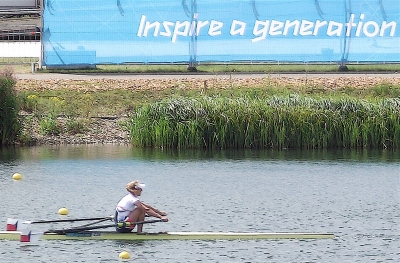 It is true that there have been a couple of ‘disappointments’ for the home crowd, but it is a mark of the ridiculously high standards that British rowing supporters now have that two silvers are regarded as below expectations. These came in the men’s lightweight doubles and men’s lightweight fours, two races that were both lost to the British crews in the closing seconds. It could so easily have been six victories for a country that did not win any events in the Olympic Regattas of 1952, 1956, 1960, 1964, 1968, 1972, 1976 and 1980!

In his closing speech, Denis Oswald, the President of FISA, the International Rowing Federation, said that the 2012 London Olympic Regatta was the ‘best ever’ for four reasons. These were the standard of the competitors, the excellence of the organisation and the volunteers, the Eton Dorney venue itself and finally ‘the wonderful crowd, cheering and loving our sport’. Well said. Rio has a very tough act to follow. 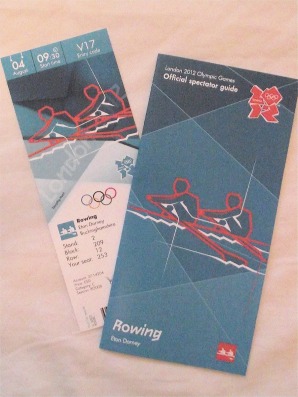 The remarkable 2,000-metre zip wire carrying the overhead TV camera. No camera has covered the whole length of the course before.

Soulmaz Abbasiazad of Iran in the W1x D Final. The Games are taking place during Ramadan.

The British Four leads Australia and the Unites States at 1,750 metres. 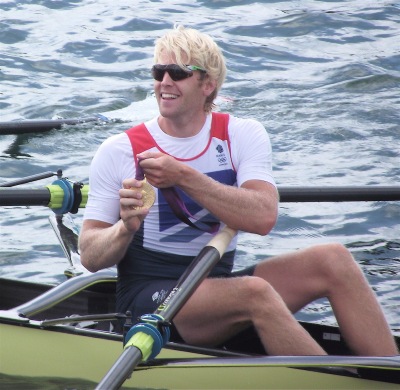 M4- Stroke Andrew Triggs-Hodge called the row a masterpiece but added that it has been utterly terrifying. 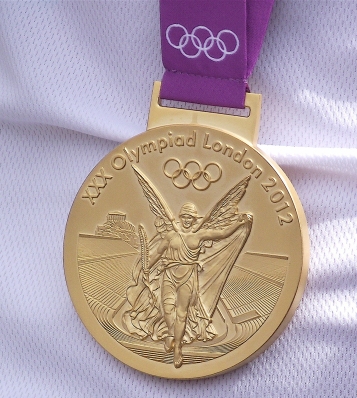 What it is all about – Knapkova’s gold medal.

MLwt2x – The Danes Rasmussen and Quist start to move in on the British double of Purchase and Hunter.

These charming supporters of Team GB are members of Leander.

You could be forgiven for thinking that every supporter at Dorney was British, but these, slightly disappointed, gentlemen were from Gothenburg, Sweden. 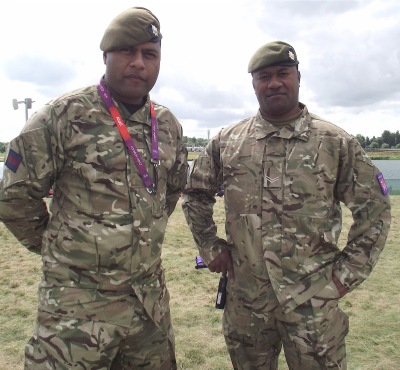 Men of the Coldstrean Guards recently came back from Afghanistan. The troops, last minute stand-ins for failed private security, undertook their duties with humour and efficiency.

Band of the Royal Marines and a young recruit.

Olympic Rings and British supporters. Earlier there was a marriage proposal in front of them.