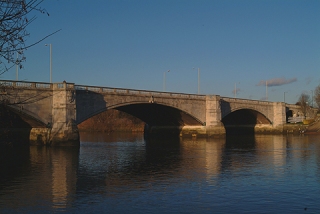 HTBS is happy to introduce a guest writer, Colin Cracknell,* who is the club historian at the Mortlake Anglian & Alpha Boat Club which rows out next to Chiswick Bridge in south west London. Colin writes about some club races in the early 1880s:

In 1927, at the annual dinner of the Anglian Boat Club, celebrating its 50th anniversary, Mr. Musgrave spoke of the early days of the Club. Amongst other things, he referred to the influx of Scandinavians in the early 1880s and the good they did for the Club. Somehow Swedes and Norwegians joined the Club in such numbers to enable them to boat eights at two consecutive Club Regattas in 1882 and 1883 to challenge the English members. At this time, Anglian was established in the Devonshire Boathouse, at Strand on the Green below Gunnersbury Railway Bridge, an establishment operated by Frank Maynard who built and hired boats as well as leasing rooms and racking to the Club.

The first Anglo-Scandinavian race was held at the Club’s annual regatta and the Illustrated Sporting and Dramatic News reported, in the rather florid manner of the time that:

“Special interest was manifested in the proceedings owing to one of the events being an oared race rowed between the English and Scandinavian members of the Association. The prizes for this event were given by Mr. T. Nordenfeldt [often spelt Nordenfelt], and the course was from the Club House to Barnes Bridge. There was a good struggle throughout, the home representatives ultimately proving the visitors by three quarters of a length.”

The Scandinavian crew was made up of Norwegians and Swedes who were mainly clerks in the timber and other trades. Thorsten Nordenfelt (on the right), also a Swede, was a manufacturer of machine guns for the Royal Navy and president of the Club. He lived in some style in Paddington with his family, their Irish butler, Swedish cook, and two servants.

The English crew comprised a more varied background, including John Musgrave, a music professor, John Hoole, a medical student, and James Evans, a shipping clerk who provided Anglian with its first ever victory in an open regatta, the Junior Sculls at Barnes & Mortlake in 1883. George Dewhirst later rowed at 5 in the eight which won the Juniors at the Metropolitan Regatta, Anglian’s first crew win. Dying, age 37, in 1891, Dewhirst was remembered by a trophy for coxless fours to be raced at Club regattas. In 1882, the English were lighter than the Scandinavians by half a stone, (3 kg), per man and similarly their cox was two stone lighter. The final record of the 1882 race is a letter from the Scandinavian Club in London, in December, asking for their flags back.

A second race was held at the Club Regatta in 1883 and Musgrave remembered that the Scandinavians were very strong and fancied themselves to the degree that they offered in advance a handsome dinner. Why they thought themselves so much stronger is unclear as they boated a crew more or less unchanged from the previous year. The race was again reported by the Illustrated Dramatic and Sporting News, which noted that “the weather was anything but propitious” and that the English again beat the Scandinavians, although they were confused about the distance which was either half or three quarters of a length. Perhaps too much hospitality had been enjoyed. Spectators could follow the races on the steamer Citizen C, and as was a tradition followed into the late years of the following century, it was almost dark when the regatta concluded. Prizes were again presented by “Mr. Nordenfeldt, the energetic and liberal president of the society.”

Soon after 1883, it would seem that the Scandinavian influence at the Club diminished. Thorsten Nordenfelt’s company merged with the Maxim Gun Company, but he was later declared bankrupt and moved to France, later to return to Sweden. Henrick Waern relocated to Paris and donated his sculling boat to one of the rowing clubs in Gothenburg, Sweden. However, he failed to specify who should pay the shipping costs leading to a long correspondence between the parties involved. Bergh, who rowed in both races for the Scandinavians, was also a member of the London Rowing Club for which he won the Grand Challenge Cup at Henley in 1883 and 1884. In 1884, Lyne, who rowed in the English crew in 1883, won Thames Challenge Cup at Henley for London as he did again in 1885 and 1886. Musgrave joined Thames Rowing Club and was a Wyfolds finalist in 1889. However, he coached the Anglian Thames Cup eight at Henley in 1895 and continued to compete at Club regattas until 1906 before finally appearing at the Club dinner in 1927 to give his invaluable reminiscences. 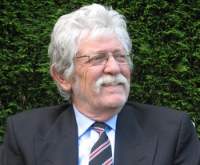 *Colin Cracknell (on the left) joined Anglian Boat Club just before it merged with Mortlake Rowing Club in 1961. Cracknell rowed at club level in the 1960s and 1970s, and was captain of Mortlake Anglian in the late 1970s. After a spell, rowing as a veteran for Bewl Bridge Rowing Club, he returned to Mortlake Anglian & Alpha and hopes to be competing again in the near future. Cracknell has always been interested in the history of rowing clubs and the people involved. In particular, he has researched the early days of Anglian, the history of which had been largely lost over the years. In 2010, Cracknell graduated with a history degree from Sussex University where the subject of his dissertation was “Social Changes in Rowing Since the Second World War”.