Erging? Of Course, There Is An App For That! 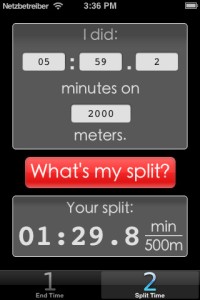 Three weeks ago, HTBS wrote about Patrick Schnöll’s newly released application for rowing, “iRowCoach”. Now Patrick is at it again, in the beginning of February, he released an “iErgCoach”. This app is also compatible with iPhone 3GS, iPhone 4, iPhone 4S, iPod touch (3rd generation), iPod touch (4th generation), and iPad. It requires iOS 5.0 or later. It is available here for $1.99. Get it now and enjoy your “outing” on the erg.