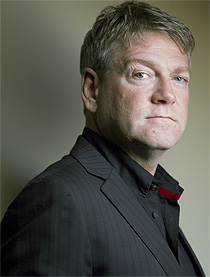 On 15 March, 2011, HTBS’s Tim Koch wrote about the British actor/film maker Kenneth Branagh, who might have a new rowing film in the making, The Boys in the Boat, about the University of Washington crew which went to the 1936 Olympic Games in Berlin. I am afraid, I do not have any more information about how that project is going, but I did read an interesting interview with Branagh in the Daily Telegraph the other day. He starts the interview with mentioning Sir Steve Redgrave and ends it with the Swedish police inspector Kurt Wallander. If you are interested in Branagh and/or Wallander, there is some great stuff in the middle of the article, too. Read it here.