The Hottest Of The Hot! 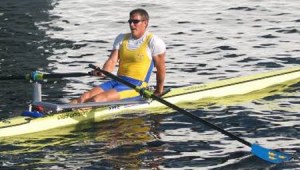 The Swede Lassi Karonen, the hottest of them all?

Two day ago, Megan Kalmoe, member of the US National Team, who earlier this year took a silver medal in the coxed quadruple sculls at the World Championships in Bled, posted her list of the “Top 20 Hottest Male Rowing Athletes of 2011” on her blog (and it comes with a video!). I do not have any comments about this more than I am happy to see that a Swede made her list. Lassi Karonen is No. 1, but I do not really know if this means that he is on top of the list of these twenty ‘hotties’, or if there is no special ranking between these athletes.

In the name of equality, dare I ask that someone out there do a list of the 2011 Hottest Female Rowers in the World? While I have some suggestions whom I think should be on that list, I am not going there… I guess I am just too old for things like that. Instead, I hand over the idea to a younger man, who might get away with it (on the other hand, he might not!).

I did, however, earlier post something about the US Rowing Women Team’s Calendar, but that was not really because they were ‘semi-nude’, it was only to help them to sell more calendars to raise funds for their training. Here is a video showing how the calendar was shot: