Why Should You Row A Boat Race? 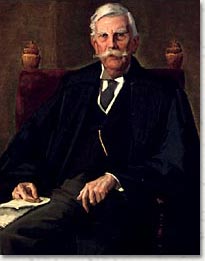 The other day, I came across some writing about rowing by Associate Supreme Court Justice of the United States, Oliver Wendell Holmes, Jnr (1841 -1935). He studied at Harvard University and at the outbreak of the American Civil War he joined Massachusetts militia and was wounded several times in different battles. At the end of the War, Holmes returned to Harvard to study law.

It was, however, at the Yale Law School commencement in 1886, where Holmes was the guest of honour, when he, in a speech, said,

“I never heard anyone profess indifference to a boat race. Why should you row a boat race? Why endure long months of pain in preparation for a fierce half-hour that will leave you all but dead? Is there anyone who would not go through all its costs and more, for the moment when anguish breaks into triumph – or even for the glory of having nobly lost? Is life less than a boat race? If a man will give all the blood in his body to win the one, will he not spend all the might of his soul to prevail in the other?”

Fine writing about rowing, indeed. I have, though, seen on some websites, which are quoting Holmes, his words set up as there were from a poem, which is obviously not the case. This might confuse some readers, who might think that it was actually written by Supreme Court Justice Oliver Wendell Holmes’s father, Oliver Wendell Holmes, Snr (1809-1894) who was a physician, poet, and essayist. As a poet, he is mostly remembered for his patriotic poem “Old Ironside”.