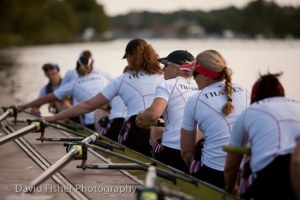 Although, I know it is very late to write about the Henley Women’s Regatta of 2010 (held 18-20 June 2010), the local newspaper The Day, which covers the south-east corner of Connecticut, had a very nice article today about a local rower, Candice Webb of Stonington. A couple of years back, being a freshman at Stonington High School she did not know a lot about rowing, but now a senior at Drexel University, she and her crew mates in the eight took a prestigious cup at the Henley Women’s. In The Day Alex Teixeira writes

“Drexel’s varsity eight won the Elite 8 championship and the Sports Council Cup on June 20 at the prestigious Henley Women’s Regatta on England’s Thames River. The Dragons were recently honored for that achievement in a celebration attended by Drexel president John Fry and U.S. congressman Patrick Kennedy. Drexel became just one of four American schools to win the regatta, joining Yale, Brown and Radcliffe.”

To read this article in The Day, click here. To read the results from the Henley Women’s Regatta, click here.