Although John Schoonover’s eight did not win their heat at the 2017 Henley Masters Regatta, he still came home with a prize, a British parka.

At the July 2017 Henley Masters Regatta, my alumni eight from St. Andrew’s School in Middletown, Delaware, coxed by yours truly, lost “handily” to the Weybridge Masters eight (class H) on what was otherwise another glorious afternoon on the River Thames. We then travelled to Reading for a three-day, post regatta visit. Day two was a rainy, dreary morning, so my good friend Andy McGrellis and I decided to walk the waterfront along the lovely Thames in search of rowers. We soon spotted the Reading Rowing Club and knocked on the door.

A very friendly, young coach, Dan Moore, greeted us and summarily took us on a Cook’s tour of the boathouse while explaining how GB Rowing trains future British rowers, both men and women. Some have had virtually no rowing experience. Others are groomed for the Olympics. In fact, we observed several athletes weight and erg training. The boathouse was full to the brim with mostly sculling boats, evidence of the sculling training protocol, as opposed to sweep.

Before we parted ways, I asked Dan if we could purchase a souvenir, as in T-shirt, of our visit. No, he replied, but maybe he had something in the trunk of his car. As he rooted though an assortment of clothes, much of which appeared to be his laundry, he tossed out a GB Rowing parka to me (Dan’s own parka, in fact) commenting that he probably had two or three. Then again, probably not. 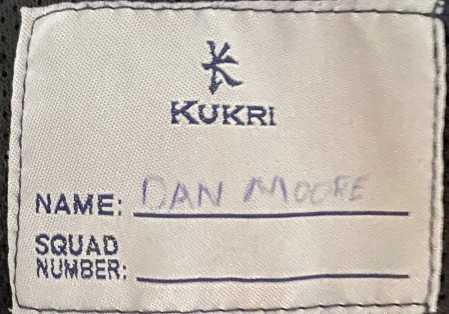 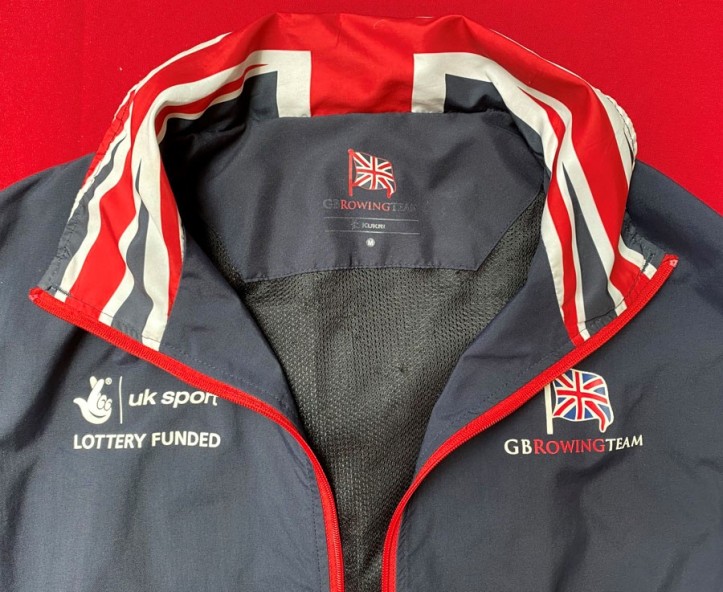 Since it was raining, I quickly donned the parka and smiled at Andy. To this day, I don’t think he has completely forgiven me, even though we agreed it was a classic case of the Luck of the Irish. Then again, Andy is Irish and I’m not. Along the riverfront on our way back, we encountered a fellow who had docked his cabin cruiser temporarily. “Hop aboard,” he yelled and soon we were meandering down river with me at the helm.

Back stateside a week later, I sent Coach Dan two of our Diamond State Masters Regatta T’s. I think the postage was $50. Still wondering if they ever got to him.