Tim Koch on some remarkable displays of affection.

Hear The Boat Sing publishes very few obituaries. It is even more unusual for us to post two on the same person. Rarer still is for HTBS to report on a memorial service. However, the passing of Rob van Mesdag has produced a response far beyond what one would expect of the loss of even the widely popular figure that he was. In the months following his death, there have been three public tributes.

An hour-long video recording of the Dublin commemoration is on the Vimeo site.The tribute begins at 18m 25s and the boat naming starts at 1h 1m.

On 2nd October, Rob’s cremation ashes were scattered on the Thames opposite the Mile Post in a dignified and moving ceremony. They were carried from Putney in the London Rowing Club launch, Casamajor. There followed a flotilla of LRC boats, plus representatives of London’s neighbours, Thames and Vesta. On board Casamajor were members of Rob’s family and LRC President, Mike Baldwin, who spread the remains on a suitably benign river just as the sun was setting and bathing the scene in a golden glow. There followed a minute’s silence, followed by three cheers from the crews of the surrounding boats, a celebration that resounded up and down the Fulham Reach, from Hammersmith to Putney. A ‘convivial and affectionate dinner’ followed back at London’s clubhouse.

On 3rd October, All Saints’ Church, Fulham, almost opposite LRC on the other side of the river, saw a capacity congregation that had gathered for Rob’s memorial service. 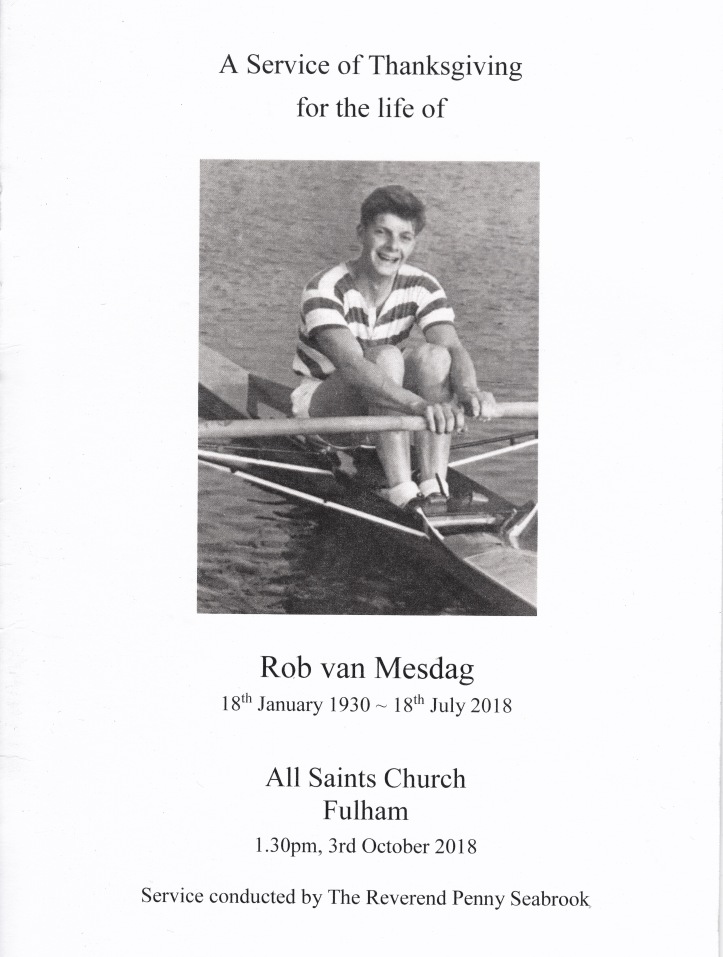 In a tribute read from the pulpit, Sir Stephen Wright of London Rowing Club reminded us that there was much more to Rob’s life than just rowing:

(Rob’s) life was full and richly coloured, but he was sparing in what he said about himself. Few people can claim that they knew him in the round. We at London Rowing Club knew him as a dedicated rower with an illustrious past. We were aware that he had many other interests and activities and we admired and respected him for it – but what they all were, we could not quite say. In reality, the breadth of Rob’s interests and experience was astonishing. In the 1950s, he worked with the family chocolate business in Holland and England. Later, he was an insightful and elegant freelance journalist for Dutch and English papers, particularly on rowing and sailing matters, and in recent years, he was a lecturer and an historian on rowing….. I am told that, in the late 1960s, perhaps feeling hard up, he even passed the ‘Knowledge’ exam to become a London cabbie…. He was a devout Christian and an active member of both this church and the Dutch Church in the City of London… He actively supported the work of Crisis (the charity for the homeless), the Royal Georgian Society, the Anglo Netherlands Society, and the work of Animals Asia (to protect the bile bears of Vietnam and China). I am told that, in his day, he was also a barbershop singer, a Scottish dancer, and a champion toast master……

Sir Stephen also noted that Rob’s apparently charmed life was not without its suffering and tragedy:

The four brothers who grew up together in a comfortable home in the 1930s were torn apart by the war and the (German) occupation of Holland. Jaap, the oldest, suffered three years in the hell of a Nazi concentration camp after being caught trying to cross the North Sea in a canoe…..  Jat, the second brother, served as a fighter pilot in the RAF, but sadly died in an air accident in 1945. Rob and his third brother, Martin, lived through the occupation as boys, trying to find enough food (in the ‘Hongerwinter’ famine of 1944 – 45).

Sir Stephan concluded that the final words should go to Rob himself. He quoted an interview that Rob gave to a Dutch television crew on the day before he died: 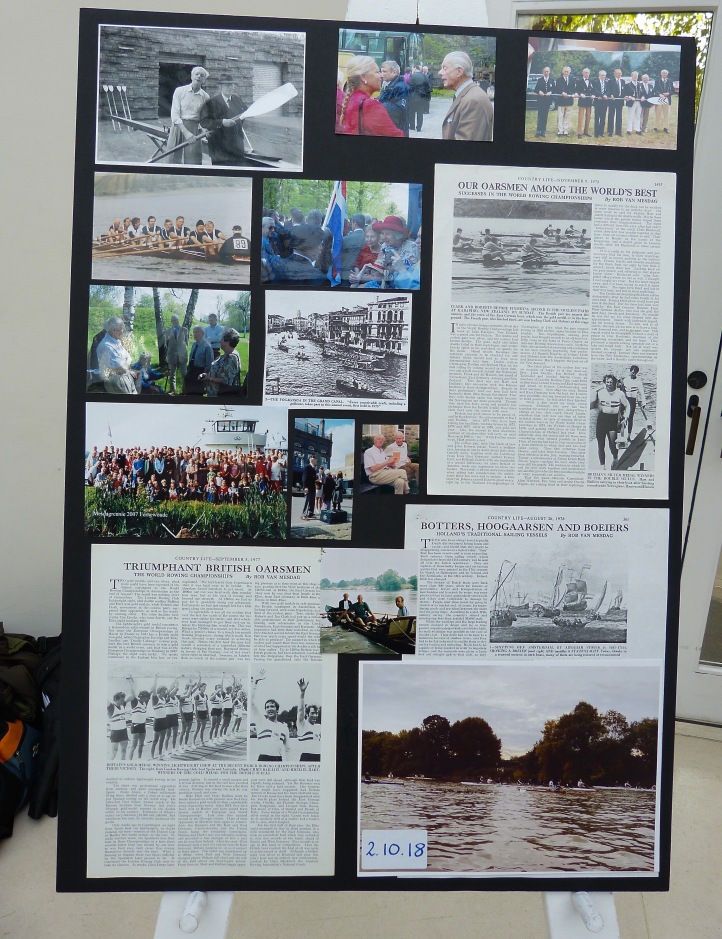 The Dutch documentary makers video tribute is on Vimeo.