Queen Elizabeth II has had many unusual experiences in her life, but having had 181 birthdays must be a unique achievement. However, this seemingly impossible number has been reached only because, since 1748 the British Monarch has had two birthdays, one on the anniversary of the day that they were born, and an ‘official’ one in June (when the weather is more suitable for outdoor celebrations). The Queen’s 91st ‘real’ birthday was on 21 April and, in honour of the occasion, a 41-gun salute was fired from London’s Hyde Park and a 62-gun salute was fired from the Tower Of London. I went along to witness the salute in the park. 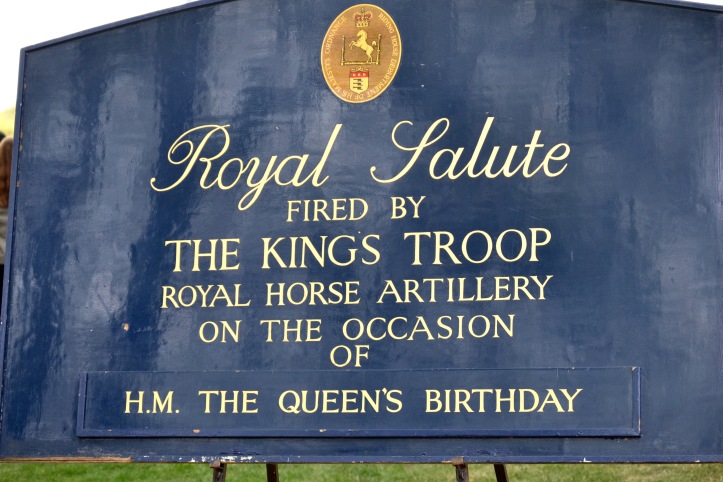 Gun salutes in Hyde Park and Green Park are carried out by The King’s Troop, Royal Horse Artillery. This is a ceremonial unit composed of ‘real soldiers’, members of the British Army’s Royal Regiment of Artillery, who drive teams of six horses pulling each of six First World War-era 13-pounder field guns. Its duties include the firing of salutes on royal anniversaries and state occasions, and providing a gun carriage and team of black horses for state and military funerals. The King’s Troop was formed after the Second World War, following the mechanisation of the last batteries of horse-drawn artillery, when King George VI wanted a troop of horse artillery to be retained to take part in great state ceremonies.

The 750-metre ‘charge’, if that is the correct term, was a great thing to experience. From a distance, there is first the faint but increasing thunder of hooves and the rumble of the wheeled guns and limbers. As they get closer, this sound is joined by the distinctive jangle of tack, medals, swords, spurs and artillery parts, this composite of sound punctuated by the stirring call of a bugle. Very quickly, the full effect of more than sixty 1000 pound horses breathing heavily and six one-and-half ton guns moving at great speed is upon you. In the background, a military band is playing some jingoistic tune. I was probably not the only observer who, at that at point, would have enthusiastically accepted an offer from Lord Raglan to accompany the Light Brigade on a one way trip down a long Crimean valley (I should point out that members of the King’s Troop will tell you vehemently that they are not a cavalry unit).