Rowing And Politics, A Good Mix? 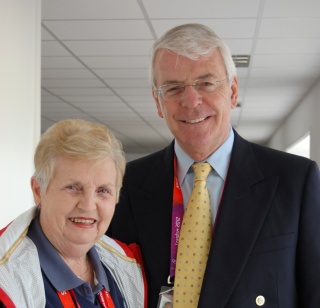 Writing about rowing, I try not to mix in politics as sport and politics seem not to blend well. Just look at the hullabaloo in Germany right now, when one member of the nation’s women’s eight left the Olympic Games in London when it was revealed that her boyfriend was a right-wing activist (on top of everything, he was a former oarsman!); her poor choice of a boyfriend was scrutinized in the German national media for days, and in the international media as well.

However, we can not neglect the impact politics or a politician can have on sports. In an article in the current issue of Rowing News (Vol. 19, No. 7, August 2012), Chris Dodd asks Mike Sweeney, the Chairman of Henley Royal Regatta, to name the most important person behind British Rowing’s rise from the bottom position it had in the beginning of the 1970s. Without hesitation, Sweeney replies: John Major – the Tory Prime Minister who followed the ‘Iron Lady’, Margaret Thatcher, at the helm of the United Kingdom in 1990. You can like or dislike Major, but what was good for the different sports in the U.K. was that Major, in Allan Massie’s words, ‘gave Britain the National Lottery’.

And this is what Mike Sweeney means with his answer to Chris Dodd’s question. British rowing gained a lot from the National Lottery, and looking back on the record heap of medals that the British rowers managed to collect at these latest Games, many politicians should envy this particular legacy of John Major. That the former P.M. is still popular in the British rowing world is shown in this article published on British Rowing’s website, “Sir John Major applauds GB rowers”.

Many countries support their athletes, especially for upcoming Olympic Games, but a renown example of rowers who do not get any monetary support from their country’s government is the American rowers, which HTBS has written about before.