The Art Of Being Aware Of Rowing History… 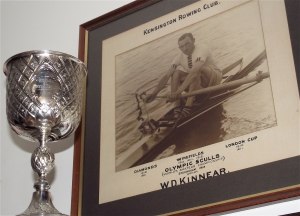 Debenhams, the old department store that was founded in London in 1778, is launching a new clothing collection this spring, the Daily Telegraph wrote in yesterday’s paper. Debenhams, which now seems to have stores all over the place, asked members of Thames Rowing Clubs to introduce this nautical collection called Nautica. I really hope that Thames RC and its members are making a couple of quid out of this deal. And to be honest, the article in the Telegraph is more about the Tideway club than the clothes. Members of the club are interviewed and talked about, amongst them, the great Olympic champion and medallist Jack Beresford.

However, I cannot help thinking that if Debenhams knew a little more about rowing history and the company’s own history, they might have picked another rowing club in London to help them launch new clothes in an Olympic year (please, members of Thames RC, don’t take it personally…). Because if the department store had picked Auriol Kensington Rowing Club by Hammersmith Bridge, they could have made a big hullabaloo about one the club’s finest oarsmen and stars: William ‘Wally’ Kinnear, who took an Olympic gold medal in the single sculls 100 years ago, at the Stockholm Games, and was working for…. yes, correct: Debenhams!

Debenhams actually displayed his ‘Pineapple Cup’ in their store window after Wally Kinnear had won his first Diamonds at the 1910 Henley Royal Regatta. Read more about Kinnear and Debenhams in HTBS’s Tim Koch’s great article The Story of Wally Kinnear, or ‘Not Tonight…’