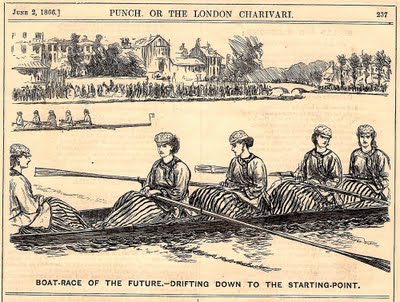 Boat-Race Of The Future – Drifting Down To The Starting-Point.

It might be that the artist of this image, published in Punch in 1866, though that he was terribly funny: women rowing and racing in eights, what a hilarious idea. Well, now more than 140 years later, we know it is not a laughing matter… [From Punch, 2 June 1866].